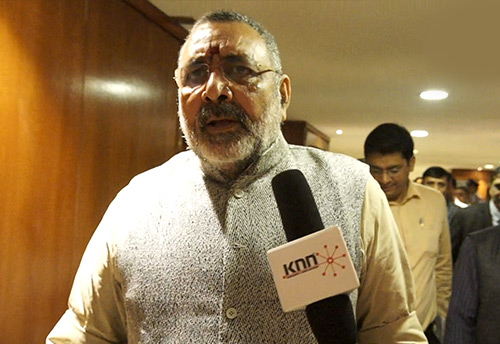 The Minister however acknowledged that in the recent times there have been reports from different sections of the MSMEs complaining the difficulties they have been facing in availing the scheme.  In an assuring note, the Minister told KNN that the government is well aware of the problems faced by the sector and is in the process of inspecting the problems surrounding the implementation of the CLCSS scheme for the MSMEs.

The Minister made these remarks in response to the MSMEs complaining time and again that the implementing agency of the scheme – SIDBI have denied the continuation of the scheme. Under the scheme eligible MSMEs are provided subsidy of up to Rs. 15 lakhs for procuring state of the art technology and also to improve energy efficiency and minimise environmental impacts.

Earlier the MSME entrepreneurs have raised concern that the CLCSS scheme since quite some time is in hibernation mode with not even the banks aware whether the scheme is in being continued.

Talking to KNN, Amit Jain of Dayachand Engineering Industries informed that SIDBI- the official body through which the scheme is supposed to be channelized had no update regarding the continuation of scheme the last time they approached the bank.

Jain added that the bank says that they haven’t received any official notification mentioning the continuation of the scheme.

Also earlier MSME Secretary Dr Arun Panda in line with MSME Minister said that the scheme will continue to be implemented yet with no clear information on the matter so far, the MSMEs are in a fix situation.

Under the CLCSS scheme micro and small enterprise adopting specified technologies towards enhancing process efficiencies are provided with subsidy of 15 per cent of the project costs. At present the subsidy amount has been capped at Rs. 15 lakhs and the project must be appraised by a bank, to be eligible. KNN/DA)