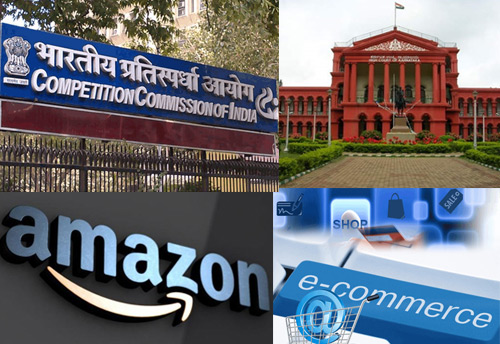 Bengaluru, Feb 11 (KNN) E-commerce giant Amazon has filed a writ petition in the Karnataka High Court seeking a stay on the probe ordered by the Competition Commission of India (CCI) against the company for alleged violations of competition law.

Reportedly, amazon in its petition on Monday said that the CCI's order was passed “without application of mind" and would cause irreparable loss to the reputation of the company if an investigation is allowed.

“An interim stay on the proceedings must be granted as the balance of convenience for stay lies in favour of the Petitioner as a bonafide company,” Amazon said in its plea.

On January 14, CCI had ordered to probe e-tailers like Amazon and Flipkart over their discounting practices, exclusive brand launches on the platforms and the preferential treatment they have allegedly offered to certain mobile phones sellers.

While asking its director-general, to submit its report within 60 days, the CCI in its order had said, “it is of the opinion that there exists a prima facie case which requires an investigation”.

The order came ahead of Amazon chief executive Jeff Bezos’ visit to India, during which he was likely to meet key policymakers including Prime Minister Narendra Modi.

Reacting on the same, e-tailer Amazon had assured of cooperation with the CCI. “We welcome the opportunity to address allegations made about Amazon; we are confident in our compliance, and will cooperate fully with CCI”, a spokesperson had said.

The CCI’s order followed a complaint filed by the Delhi Vyapar Mahasangh, who had alleged that some “preferred sellers” on the platforms were “in some way or other connected to Amazon and Flipkart through common investors, directors, shareholding, etc”.