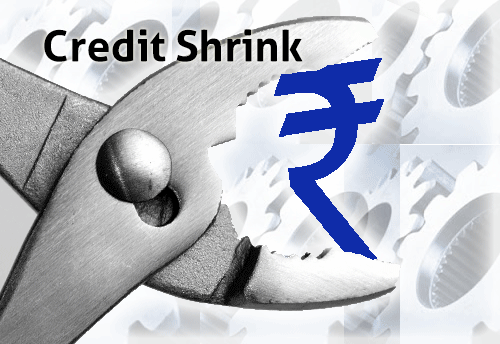 Commercial Banks proved sweet nothings in their offerings to the MSEs while a myriad of their loan products focused on medium enterprises or the mid-corporate sector.

Manufacturing MSEs going by RBI November 2016 data reveals that they share 42.9% outstanding credit with a negative growth of 9.2%. Manufacturing sector was the largest employer providing employment to 30.3 million (23.1%) persons, 78.9% of whom are in proprietary enterprises – mostly MSEs (Sixth Economic Census). Notwithstanding Jan Dhan, financial inclusion viewed in this prism is yet to gain colours.

Demonetisation only added further woes upsetting the credit supply to the MSEs as acknowledged by all the Industry Associations and grudgingly by the banks. It is time to see what is in store for the micro and small enterprise sector in the coming year’s budget.

Innovation holds the key for inclusive entrepreneurship. If ‘Make in India’ were to succeed it should happen in rural India as well. In several States rural entrepreneurship is very backward mainly because of the following reasons:

Land, the key input has become scarce and is highly overvalued for any rural enterprise to access. Affordability distances the enterprise set-up. The entrepreneur cannot access the needed infrastructure with full compliance to regulations because he is ignorant of the latter. He realizes the cost of compliance is going to exceed the cost of avoidance.

Start-up MSMEs find it almost impossible to invest in land because of its prohibitive cost. Building rural industrial townships by the States with the required infrastructure like, safe drinking water, industrial water, electricity, packaging, testing and branding or co-branding facilities, multi-storied residential complexes for the workers on lease basis with industry participation, primary and upper primary schools, crèches, play grounds and cultural spaces would be the best alternative to boost this sector. Fiscal incentives like income tax exemption for a five year period for investments in such infrastructure would be in order.

Industrial work space should be made available on leasehold basis for 15-20 years with permission to mortgage leasehold rights in favour of lending institutions. Existing urban industrial estates should be up-scaled and modified to provide all the logistic facilities closer to the MSEs under PPP mode. It is important for India that has competing demands on land space to develop lease markets in a big way sooner than later to keep double digit growth moving sustainably.

District Industries Centre for the MSEs as a delivery window has not merited appreciation over the years in most States, save exceptions. The initial format of DIC with part funding from the Union Government exited. Credit being an important constituent of MSE growth, it is desirable and necessary that a credit specialist is taken on deputation from the financial sector. This would strengthen schemes like PMMY, PMEGY, KVIC, and also the rehabilitation efforts as GM, DIC is a member of the Banks’ Zonal Committees. Restructuring DICs comprehensively brooks no delay. Skill building has to take place in the DICs as well sooner than later. States have to take action on this front.

Credit and guarantee mechanisms should be made mandatory for certain thresholds for each subsector among the manufacturing micro and small enterprises. Collateral security obtained by way of the only dwelling house of any proprietary MSE, beyond the rule shall be declared as ineligible for lending institutions to proceed against in the event of failure of the unit. Valuation of mortgaged securities should be done annually by the banker to pare with the outstanding credit.

All the MSEs should be provided credit at no more than 9% for meeting their working capital requirements. They should be all cash flow based lending. The work order should be the basis of lending instead of a balance sheet and ratio based lending.

Incipient failures should be treated with expedition by the lending institutions –no more than 30 days of noticing the same as per RBI master direction. If the borrower does not cooperate, it should be treated as willful default and dealt with accordingly provided the process is kept transparent and subject to scrutiny.

SIDBI should prove its supremacy over the other primary lending institutions and should be seen as a guide and benefactor to the MSEs and the small banks. It should also be restructured to cater to the sophisticated medium enterprises and mid-corporate enterprises distinct from the MSEs. Its current micro finance lending window should be operated through a separate subsidiary to give focused attention to the MSEs.

More than 120 schemes for MSMEs from eighteen ministries of GoI and plethora of incentives from state governments due to late reach, sparse budgetary outlays, and delay in release of the promised incentives due to inadequate and untimely allocations dampened Make in India in this segment. Average allocation of budget should also announce the number of enterprises likely to get access from any incentive so that measurement of outcomes will become meaningful. Many MSE hopefuls moved to NPAs by the time the budgeted incentives are released either by the Union/State governments.

RBI should reconsider its priority sector categorization and modify its MIS for effective monitoring of the growth of the MSE sector. Data giving number of accounts make little sense when the number of units needs monitoring for results in the sector.

Humanising the lending process drawn on a public sense of commitment is critical to MSME growth and the time is ripe now.

SME Exchange meant to assist small enterprises accessing equity markets has only around 160 listed enterprises in the last nine years. Therefore, the promotional efforts of state governments by way of subscribing to equity initially after due diligence by the BSE/NSE SME window would speed up the process. The entry and exit routes for such contribution can be through their dedicated platforms of Industrial Development Corporations/Industrial Investment Corporations.

RBI recognising the need for increasing supply of credit to MSMEs gave licenses to Small Business and Small Payment Banks; introduced Trade Credit Exchanges; plans launch of Movable Asset Registries and mandated banks to lend 7% of ANBC to Micro and Small enterprises; and directed banks to form zonal committees to restructure and revive the sick enterprises as far back as July 2016. Banks’ response to all these initiatives is at snail pace.

If TRADeXchanges were to succeed the government departments and PSUs, major defaulters in honouring the payment terms of MSMEs should become members of the exchange when alone it makes sense for the MSMEs to be members of the exchange for trading their supply bills. Year down the line, this did not happen and the Union Government at least in this budget should make this process mandatory.

The main objective of Small Finance Banks (India Post, Airtel and a couple of others in line) is to increase financial inclusion (to get more people into the banking system) by providing Small Savings Accounts, Payment or remittance services to low income households / labour, small businesses etc., and not really to support manufacturing MSEs. Small Finance Banks are yet to start their operations. However, NBFCs are getting into the space left off by the commercial banks faster than expected. Extending CGTMSE cover to NBFC-funded MSEs is recognition of this fact.

Banks speed up for CDR because of their high stakes in the corporate sector but drag their feet for restructuring the small manufacturing enterprises in spite of specific guidelines from the RBI. Thanks to Raghuram Rajan, fresh working capital given to restructured micro and small enterprises is a standard asset. Yet, less than 2% of small industry loans are restructured during the last decade is a true but sad pointer to banks’ sinking interest in this sector. This slow pace happens because of ineffective monitoring of the RBI, save exceptions, that it fails to acknowledge.

Exit rules for proprietary and partnership MSEs under Bankruptcy Code should be different and deserve preferential treatment.

Hopes rest on Prabhatkumar Committee Report for resolving many of the supply side issues of MSME credit. NBFCs have entered the space vacated by the commercial banks and this may take a long time to meet the supply-demand gap.

Banks’ compliance risks can be addressed by ‘instituting professional credit intermediaries/advisers for MSMEs to help bridge the information asymmetry and thereby help better credit decisions’ (Deepak Mohanty Report on ‘Medium –term path for Financial Inclusion’-2016). Government of Telangana took this recommendation seriously and announced in the recently held Assembly sessions, the setting up of Telangana Industrial Health Clinic Ltd., as a subsidiary of TSIDC, with a corpus fund of Rs.100cr with upfront ten percent from its kitty.

*The author is an economist and Adviser, MSE Facilitation Council, Industries Department, Government of Telangana. The views are personal.