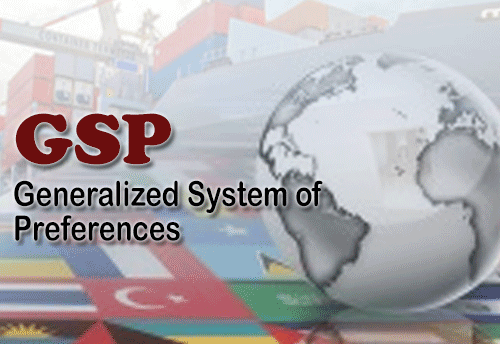 New Delhi, Jan 17 (KNN) Towards a major change in the EU GSP self-certification scheme, the exports with consignment value > € 6000 will now  need to be self-certified by the exporter from 1 January, 2017 onwards.

GSP or Generalised Scheme of Preference is a concessions window provided by the European Union to exporters from developed countries whose export to EU are below a threshold level.

So far such exports were certified by the  agencies approved by the Director General of Foreign Trade, namely, the export promotion councils.

While the self certification scheme will save the exporters from bureaucratic delays and hassles, it will also bring additional responsibilities for the exporters.

The office of the DGFT has issued a Public Notice No 51 dated 30.12.2016 which provides the legal framework for the implementation of the EU GSP self-certification in India.

Department of Commerce, Government of India has requested the Industry bodies  to conduct outreaches and training programmes across the country to make the exporters aware of the EU GSP self-certification scheme.

All the exporters who are exporting or intend to export to EU under GSP would need to register on the Registered Exporter (REX) System of the European Commission.

For this the exporter would need to fill in the pre application form which is available at https://customs.ec.europa.eu/rex-pa-ui/.

A REX number would be allotted to the exporters once the registration is completed.   After receiving the REX number, the exporter would be in a position to issue the “statement on origin” on his own. He does not have to subsequently go to any of the agencies for issuance of a certificate of origin.

However, a copy of the statement on origin has to be sent to the Local User for Registration (REG), as designated by the Government and the exporter would need to maintain the requisite records of these statements of origin and supporting documents for a period of 3 years from the date of export.

In case of any doubt, the exporters can avail of the services of the local administrators and users who may levy a fee commensurate with the cost of services rendered.

The office of the DGFT would separately take out a public notice wherein the list of all Local Administrators and Local Users would be provided. (KNN/DB)