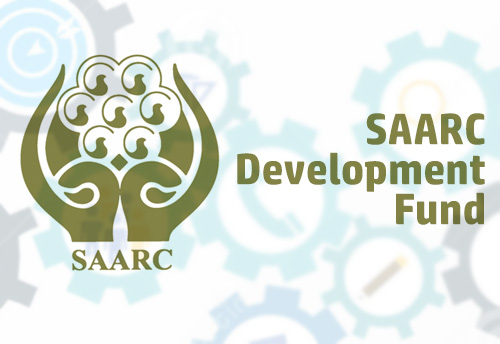 New Delhi, July 9 (KNN) SAARC Development Fund, the cross boarder project umbrella financing institution for SAARC Member States, is in the process of developing an e-commerce platform for enabling seamless trade of goods and services across SAARC Member States even as it would fund ‘Start-Ups’ , giving a fillip to budding entrepreneurs in the region , CEO of SDF,  Dr Sunil Motiwal has said.

“A proposal to develop a cross border e-commerce platform along with a SAARC money card for the common people across the region is under  finalisation,”  Dr Motiwal said in a statement summarizing the outcome of the recent  two-day  SAARC Development Fund Partnership Conclave, an event of strategic and regional importance for growth of SAARC region with the apex Multilateral Development Banks   like the World Bank( WB), Asian Development Bank (ADB) and the Asian Infrastructure Investment Bank (AIIB) in New Delhi.

The business meeting with the multilateral organisations  and financial institutions was meant to rope them in enhancing the credit portfolio of the SDF which has already  disbursed USD 47 million in 12 cross boarder projects and granted in- principle  approvals for two energy cross border projects with commitment of USD 30 Million  in the region. Dr Motiwal also confirmed that SDF is currently considering bankable projects in the areas of infrastructure, economic and MSME segments of markets in SAARC region.

Dr Motiwal said, the initiatives like e-commerce platform along with funding the ‘Start-Ups’ found an instant support among the international funding organisations.

“The Start-Up programme would  include entrepreneurs well in areas like renewable  energy, agriculture,health and micro-enterprises,  especially in MSME segments," he added.

Exhorting young entrepreneurs from all the eight nations in the SAARC to take advantage, he said, “You can come up with a proposal which will be funded by the SDF which has a capital base of USD 500 million”.

He said the common e-commerce platform has a great potential for enhancing the intra-SAARC trade and services. For instance, consumers of Bangladesh textile anywhere in the region and even elsewhere  can place orders on the e-commerce platform.

Likewise,a range of commodities including fruits and vegetables grown in Bhutan, Pakistan or India can be sold and bought online, immensely helping the producers and the consumers”, the SDF CEO said .

The region has the age profile of 15-24 years, a perfect fit for online business. Besides, it has a huge pool of skilled manpower, low cost workforce and abundant natural resources”.

On regulatory issues, the SDF CEO said, “we will connect with regulators, central banks of all the member states and emphasise the underlying potential of online trading”. Besides, there is also a proposal of introducing a plastic SAARC money card which can have denominations of all the currencies in the region.

Currently, only 4% of the total trade of the SAARC member states is taking place within the region. This can be increased significantly by initiatives like e-commerce, a booming business across the world. Stakeholders can work on building common facilities for logistic, warehousing and transportation.

The SDF’s Partnership Conclave in New Delhi on July 2  and 3 ,2018  deliberated on a number of issues concerning the trade in the region. The delegates from eight countries raised issues like speedier visa by the  Member States, currency and payment facilitation, trade facilitation at the borders, financial connectivity and reviving the SAFTA into a dynamic trade zone. As rightly pointed out by India’s NITI Aayog CEO Mr Amitabh Kant, the growth in the region must come from within itself. The point was endorsed by delegates from top multilateral organisations, banks,consulting firms and leading think tanks of the region.