Bill to determine industry on turnover basis not in favour of MSME, says Cuttak MP Mahtab 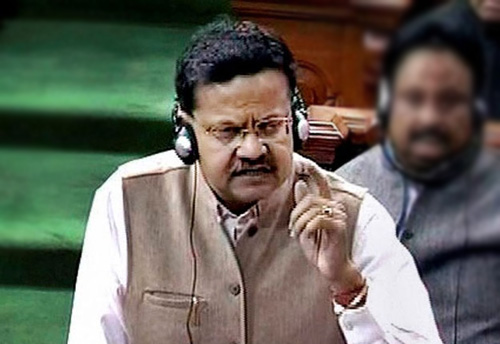 Bill to determine industry on turnover basis not in favour of MSME, says Cuttak MP Mahtab

New Delhi, July 24 (KNN) Soon after the Minister of State for Micro Small and Medium Enterprises (MoMSME) Giriraj Singh introduced the Bill to amend the MSMED Act, 2006 was introduced in the Lok Sabha, a MP from Cuttak Bhartruhari Mahtab objected to the idea of determining an industry on turnover basis.

Raising objection, Mahtab said, “The Bill, which was withdrawn, has already been withdrawn, and there the amount of a micro, small and medium industries was mentioned. This Bill was introduced in 2015.”

Here the change is the turnover of a unit or an industry has come into and thereby you are denying the benefit to those small, micro and medium industries, he said.

He further objected saying that “This is not at all acceptable, and this is something which goes against

Mahtab appealed to the House that “let the Minister go back and try to impress upon his officials and the Government that this is not in favour of the industry, especially the micro, small and medium industries.”

In the Lok Sabha session on Monday, bill intended  to change the criteria of classification of MSMEs from the existing based on 'investment in plant and machinery or equipment' to 'annual turnover' of the enterprise was introduced.

The 2006 MSME Act was enacted to facilitate the promotion and development and enhancing competitiveness of MSMEs. (KNN Bureau)