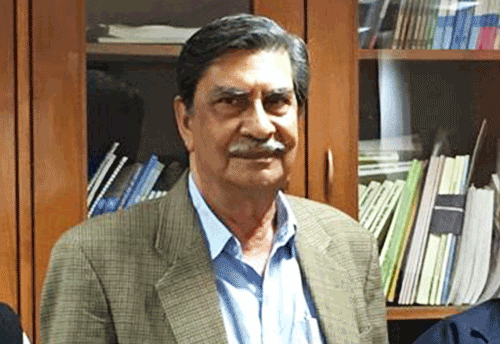 New Delhi, Apr 12 (KNN) The much awaited Report of the One Man Committee on MSME Policy has recommended that the present criterion for defining the MSMEs may be continued, however, the investment limit for defining the manufacturing as well as services units may be increased.

The proposed investment limits for manufacturing units are

While the proposed investment limits for services units are

The One Man Committee headed by former Cabinet Secretary Prabhat Kumar submitted his report on the MSME Policy to the Ministry of MSME.

In his report, Kumar said, “The true impact of MSMEs must be judged from the percentage of population touched by them rather than the size of their turnover. Therefore, MSMEs should be considered as the indicators of the nation's future economic growth potential.”

He said in view of this, the government should take a new look on policies  to reap the advantages of a growing young entrepreneurial class.

The Policy report highlights that of late there have been a number of formal and informal references in conferences, meetings with associations and government communications about the need for a relook at the statutory definition of micro, small and medium enterprises.

The Committee of Secretaries under the chairmanship of Cabinet Secretary has also expressed the desire for reconsideration of the bases of defining MSMEs. It is often stated that many countries adopt employment and turn over criteria to define the MSME units.

The present system of dispensation based on investment in plant and equipment traces its origin six decades ago when India was severely short in capital.

The small scale industries were given some concessions because of their perceived weakness in competition with larger industries.

“This criterion can be very conveniently changed provided we find a more useful alternative set of criteria, a set of criteria which can add value in furthering the interests of the entrepreneurs or help in better regulating their affairs or reaching the benefits of policies and programmes of the governments to them,” the Report highlights.

With these considerations, the Committee examined the two suggested bases of redefining the MSMEs - turnover and employment and found that they do not add anything worthwhile over the present system.

In fact, they can add to the confusion and create unforeseen problems, stressed the report.

Explaining this, Kumar in his report, said, the Committee is of the view that a change in the criterion of defining MSMEs will not add any value to the development, sustenance and growth of the enterprises.

“No entrepreneur, federation or association of MSMEs has, to the best of the knowledge of the Committee, demanded any change either. Apart from a cosmetic change, we do not see any advantage in changing the criterion. Therefore, the present criterion may be continued,” he said.

Meanwhile, Kumar said a view has been expressed that all the subsectors of MSME should not be treated identically in setting the slabs of investment. Some industry may require more capital investment for the same employment and production than some other industry.

“We think that it is a genuine concern and recommend that the Government may set up a group to look into the structures of different industries and suggest appropriate investment-bands for each subsector,” he said.

The Committee is in principle in agreement with this argument that the limit may be increased thereby paving the way for growth of these enterprises.

“But there is a rider. There is no problem in raising the upper limit for micro up to say Rs.50 lakh, because there are not many schemes exclusively for micro except the priority sector categorization for bank lending. But the moment we raise the upper limit for small manufacturing to say Rs. 15 crore, a small group of medium enterprises will henceforth become small and will corner all the benefits meant for MSEs in the credit and procurement,” he explained.

Hence, the Committee believes that the upper limit for small manufacturing should not exceed Rs. 7 Crore and that for small services should not increase Rs.4 Crore.

There are no reservations of the Committee for raising the investment limit for medium, as there are very few Schemes which are meant exclusively for the medium sector.

It is also recommended that the Central Government may be empowered to change he investment limits for Micro, Small and Medium enterprises from time to time instead of being forced to go to the Parliament. The Act of 2006 may accordingly be amended, he said.

The Committee has suggested a time frame of 10 years for the proposed set of Policies with a clause of mid-course refinements at the end of the 5th year. All the recommendations have been made keeping in view this time frame. (KNN Bureau)