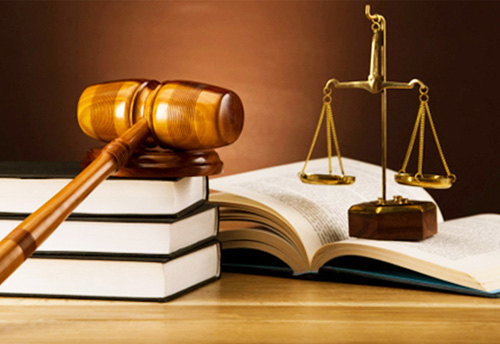 New Delhi, July 10 (KNN) Finally the confusion over the case where the micro, small and medium enterprises (MSMEs), that  are not registered under the MSMED Act at the time of execution of the contract, can be treated as supplier or not ,is over. A bench of Delhi High Court has held that registration of MSMEs under MSMED Act is not mandatory to avail benefits under the act.

There has been ambiguity since long regarding the applicability of the MSMED Act, 2006 in cases where the entities were not registered under the MSMED Act at the time of execution of the contract.

A Judgement was passed by Justice Vibhu Bakhru of the Delhi High Court on April 7, 2018, in the matter of M/S Ramky Infrastructure Private Limited vs. Micro and Small Facilitation Council & Anr. W.P.(C) 5004/2017, wherein it has been held that an entity which falls within the definition of the micro/small enterprise will be treated as a ‘supplier’ under Section 2(n) of the MSMED Act even if it has not filed a Memorandum as required under Section 8(1) of the MSMED Act.

Reacting to this, an expert on MSME Delayed Payment, Uppaluri Srinivas who is also Managing Director, Qualtech Telesys told KNN India, “It is a welcoming move for the MSME sector. A small enterprise which has a PAN and Taxes registration, a bank account of its own and an identity cannot be denied benefit under the Act.”

On July 4, 2015, GCIL got registered with the Commissioner of Industries, Government of NCT of Delhi under ‘Small Enterprises’ category. Thereafter, GCIL made a reference to the Council under Section 18 of the MSMED Act, claiming its outstanding dues including interest as per MSMED Act, 2006. The Council referred the case to Delhi International Arbitration Centre for initiating arbitration proceedings as conciliation proceedings failed. The said reference was challenged by the Petitioner before the high court.

There is no dispute in the present case that CGIL falls within the definition of the micro/small enterprise and would be classified as such even at the time of execution of the contract awarded by RIL.

The Petitioner had said that the disputes between RIL and GCIL had started with regards to work orders that were entered into in the year 2010 while at that time GCIL was not registered under the MSMED Act. Hence, the Petitioner had appealed to not treat GCIL as a ‘supplier’ as defined under Section 2(n) of the MSMED Act, 2006.

GCIL, the Respondent however contended that it is not mandatory to be registered under the MSMED Act at the time of rendering services or supplying products in order to qualify for making a reference under Section 18 of the MSMED Act.

The Supreme Court in the case of Thalappalam Service Cooperative Bank Limited and Others had held that Section 2(n) of the Act indicates that it is in two parts.

The first part states that a supplier to mean a micro or small enterprise which has filed a memorandum with the authority referred to in sub-section (1) of Section 8 of the MSMED Act, and the second limb refers to (i) National Small Industries Corporation; (ii) the Small Industries Development Corporation of a State or a Union territory; and (iii) a company, co-operative society, trust or a body engaged in selling goods produced by micro or small enterprises and rendering services which are provided by such enterprises. Thus, the two limbs of Section 2(n) of the MSMED Act are required to be read to exhaust all categories.

For the foregoing reasons, dismissing the petition, the Court held that filing the Memorandum under Section 8(1) of the MSMED Act is not mandatory for a company, co-operative society, trust or a body which is engaged in selling goods produced by micro or small enterprises or rendering services provided by such enterprises. (KNN Bureau)