Power of sustenance of an economy rest on MSME sector: VK Singh 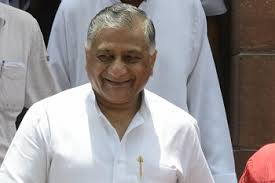 Power of sustenance of an economy rest on MSME sector: VK Singh

New Delhi, Aug 28 (KNN) Actual power of sustenance of an economy of any country rest on the Micro, Small and Medium Enterprises (MSME) sector itself, said Minister of State for External Affairs Gen. V.K. Singh (Retd).

He was addressing the fourth edition of the India International MSME and Start-up Expo recently.

Singh said the growth of MSME can play a big role in nation building by creating new job opportunities for the youth.

"When we talk of the economy of a country, we look at big names, companies and industrial complexes. But actual power and sustenance of an economy of any country rest on the MSME sector itself," said the Minister.

Singh added that the central government was giving "a great push" to start-ups which could help in creating new jobs and encourage youth to take up new challenges.

"The growth of MSME sector will also play a big role in nation building since 65 per cent of the population is below 35 years and we all have to create new jobs for the youth."

DONER Minister Jitendra Singh said that it was the right time to invest in skills and become an entrepreneur.

"It has been a trend in our country to seek jobs instead of becoming entrepreneurs and creating jobs. But this is precisely the right time to invest in skills and become an entrepreneur," he said.