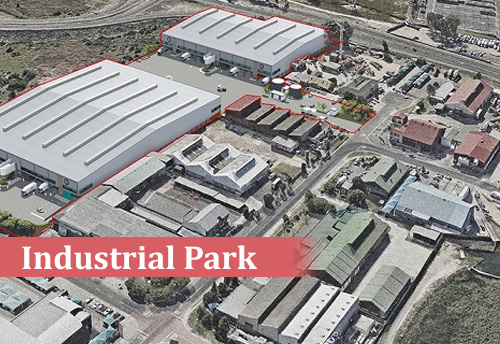 Hyderabad, June 4 (KNN) In a bid to give major push to the MSME sector, Telangana government has decided to set up micro, small and medium enterprises (MSME) industrial parks in all the districts of the state.

The industrial parks will be unique to each district as these parks will be set up taking into consideration the locally available natural and human resources in the district.

Being a largest employment generator in the state after agriculture, about 25 lakh persons are estimated to be employed in MSME units comprising both organized and unorganized sectors.

Nearly 11 lakh MSME units are functioning in Telangana State creating about one lakh jobs every year and producing more than 8,000 products for domestic and international markets.

“Except for four-five districts surrounding Hyderabad, there are no exclusive MSME industrial parks in other districts of the State. Hence, it has been decided to set up at least one MSME park in each of the 31 districts and the modalities in this direction are being worked out,” an official from the Industries Department told the Press.

With regard to this, district managers of the department have been directed to prepare necessary proposals.

The Government has decided to establish at least one MSME park in 10 locations, covering the 10 erstwhile districts in the first phase.

In a recent meeting chaired by Principal Secretary for IT and Industries Jayesh Ranjan, the officials have proposed setting up exclusive MSME industrial parks on the lines of the proposed Mega MSME industrial park coming up near Dandu Malkapur of Choutuppal mandal in Yadadri-Bhongir district.

To make this dream a reality, the state government will be able to take benefits of the Central scheme for promotion of MSME industrial parks.

The Central government is funding Rs 10 crore for setting up MSME industrial parks where Rs 8 crore is subsidy. Besides, the State government will be responsible for land acquisition and infrastructure development.

The decision of government to set up MSME parks in the state will give a fresh boost to MSME sector.

According to a report by the Associated Chamber of Commerce and Industry (ASSOCHAM), Telangana has achieved phenomenal growth in the industrial sector and recorded 79 per cent growth rate in the investments sector against the national average growth rate of 27 per cent in the five-year period between 2011-12 and 2016-17.

However, a majority of the investments were in mega and large-scale industrial projects rather than MSME sector which provide more than 13 lakh jobs.