EODB been interpreted by states as ease of granting entry, real constraints begin after biz is established: CUTS Intl 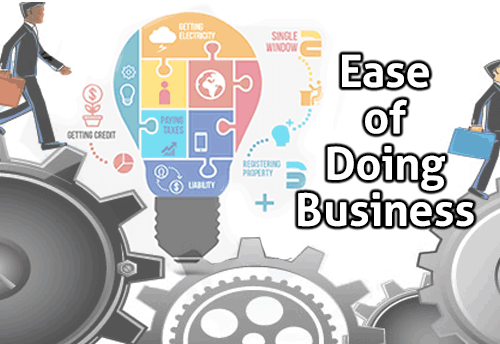 EODB been interpreted by states as ease of granting entry, real constraints begin after biz is established: CUTS Intl

He was commenting on the report released by NITI Aayog on Ease of Doing Business.

NITI Aayog’s EODB report is based on an Enterprise Survey of 3,500 manufacturing firms across Indian states and union territories. The survey was conducted by NITI Aayog and IDFC Institute to assess the business regulations and enabling environment across India from firms’ perspective.

Mehta noted, “Hitherto, government claims on ease of doing business were based on self-assessment by states on certain indicators. The survey rightly approaches the industry to identify the real constraints. We need similar and more in-depth initiatives on a periodic basis.”

Meanwhile, in its research, CUTS International observed that in most states, the single window clearance mechanism was not functional. Multiple windows exist behind the single window. Even when entry and establishment related approvals are granted within reasonable time, more often than not, operational and ongoing clearances/ conditions are complicated to obtain and difficult to comply.

“Ease of doing business has unfortunately been interpreted by states as ease of granting entry and establishment related licenses. The real constraints begin after the business is established”, Mehta noted.

The survey also points out that labour regulations are biggest constraints for labour intensive firms. Compared to other enterprises, they are likely to observe greater difficulties in finding skilled labour. They also lose a greater number of days due to strikes and lockouts. These findings were in conformity with findings of CUTS International.

Availability of skilled labour is a major constraint despite several states amending respective legislations and providing greater freedom to industries. This shows difficulties in implementing policies and difference in perception and realities on ground. Better regulatory practices such as regulatory impact assessment need to be adopted to assess impacts of proposed regulatory interventions in advance and tailor such interventions accordingly, said CUTS International.

The survey also highlights difficulties in obtaining environment and electricity related clearances. Another research project undertaken by CUTS International had also revealed that timelines for decision making mentioned in environment and forest clearance related legislations are most likely to be missed.

“Identifying real constraints to businesses is just the first step in ensuring enabling business regulatory environment. Much more efforts are required in designing optimal regulatory provisions, ensuring their adoption and facilitating implementation. This would require cooperation among all stakeholders, including policymakers, bureaucrats, industry, civil society and consumers. A whole of government approach is necessary to make ease of doing business a reality,” Mehta noted. (KNN Bureau)