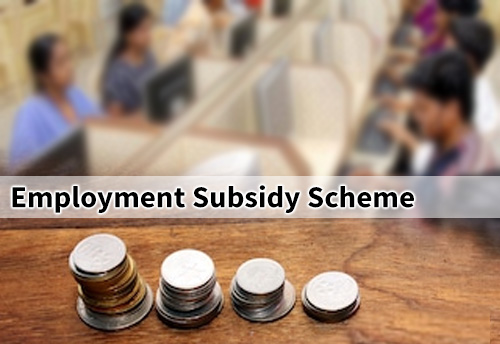 Panaji, July 30 (KNN) To encourage employment of Goans in the local industries, the Government of Goa has notified the Employment Subsidy Scheme, 2017, where Micro Small and Medium Enterprises (MSMEs) and large industries will be reimbursed Rs 25 lakh and Rs 50 lakh, respectively for hiring 60% and more Goans.

Recently Goa Chief Minister Manohar Parrikar had said about this scheme that instead of making it mandatory to employ only Goans the state government would rather incentivize the industries employing Goans.

It is a part of Goa State Incentives to Encourage Investments Scheme, 2017 (Umbrella Scheme) and will be in effect till September 2022.

Under the scheme, a Goan will be defined as a person born in Goa or residing in Goa for 10 years.
The state government has said the scheme will also apply to investment projects in the hinterland such as eco-tourism activities.

“Enterprises engaging a minimum of 60% of Goan manpower for regular employment are eligible for benefits under this scheme. All the Goan employees upto 60 years of age who are paid gross salary of more than Rs 8,000 per month shall be considered for the scheme,” said the notification.

Meanwhile, the industrial units that have already availed the Chief Minister’s Rojgar Yojana (CMRY) scheme or any other employment generation scheme or benefits under the Goa IT Policy and Goa Startup policy shall not be eligible for benefits.

The incentives shall be granted in proportion to the percentage of locals employed in the particular industry. The government will reimburse 50% of the salary paid to local recruits based on the percentage of Goan employment. Reimbursement shall be restricted to Rs 7,000 per Goan employee per month and the total subsidy will not exceed Rs 25 lakh per annum for MSMEs.

For bigger industries, the government will reimburse 25% of the total wages paid to local employees and the reimbursement will not exceed Rs 50 lakh per annum, the notification says.

A task force committee will be formed to scrutinize and clear the applications under the scheme.