Maha Pollution Control Board to serve closure notices to 12 MSMEs in Nashik; industry approaching board for treatment plant 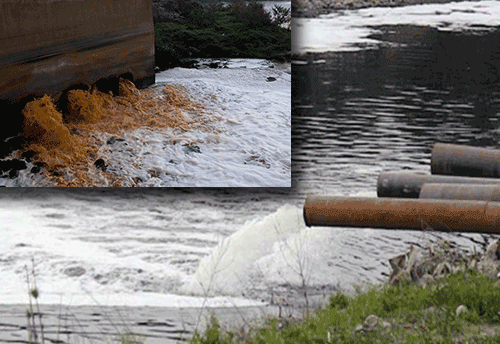 Maha Pollution Control Board to serve closure notices to 12 MSMEs in Nashik; industry approaching board for treatment plant

New Delhi, Apr 6 (KNN) Maharashtra Pollution Control Board is to issue closure notices to 12 MSMEs at Tigrania Road near Swaminarayan Bridge in Nashik.

According to the board, the MPCB field officers conducted surprise visits and these industries were found guilty of polluting the river Godavari with effluents.

This closure notice comes after a petition of the river pollution was filed at the MPCB.

Following this, the MPCB officials, reportedly, visited the spot on March 24 and issued fresh show cause notices to the industries.

Responding to the notice, the industries are looking forward to comply with the norms laid out by the Pollution Control Board.

Talking to KNN Sameer Patva, Member, Nashik Industries and Manufacturers Association said “We are studying the grounds on which our industries are marked non-complaint, further we are approaching the MPCB to register for treatment plants, and we are almost prepared”.

Accordung to a media report, RU Patil, MPCB’s regional officer said that the Pollution Control Board have written to the defaulting industries asking them why they shouldn’t issue closure notices to them.

The MPCB had recommended the closure of these industries and will be submitting an affidavit in this regard to the HC on April 17, the next hearing in the case is scheduled on April 18. (KNN/ DA)