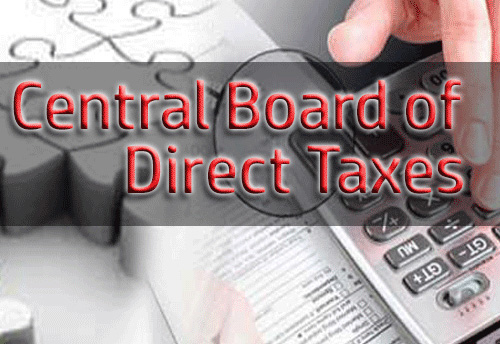 New Delhi, Aug 23 (KNN) The Central Board of Direct Taxes (CBDT) has clarified that small start-ups with turnover up to Rs 25 crore will continue to get the promised tax holiday as specified in Section 80-IAC of the Income Tax Act, 1961(the ‘Act’), which provides deduction for 100 per cent of income of an eligible start-up for 3 years out of 7 years from the year of its incorporation.

CBDT further clarified that all the start-ups recognized by DPIIT which fulfilled the conditions specified in the DPIIT notification did not automatically become eligible for deduction under Section 80-IAC of the Act.

A start-up has to fulfill the conditions specified in Section 80-IAC for claiming this deduction. Therefore, the turnover limit for small start-ups claiming deduction is to be determined by the provisions of Section 80-IAC of the Act and not from the DPIIT notification, it added.

CBDT dispelled the confusion created by some media report claiming discrepancy that the I-T law was yet to reflect DPIIT’s higher turnover threshold of Rs. 100 crore.

CBDT said that there was no contradiction in DPIIT’s notification dated February 19, 2019 and Section 80-IAC of the I.T. Act, 1961 because in para 3 of the said notification, it has clearly been mentioned that a start-up shall be eligible to apply for the certificate from the Inter-Ministerial Board of Certification for claiming deduction under Section 80-IAC of the Act, only if the start-up fulfils the conditions specified in sub-clause (i) and sub-clause (ii) of the Explanation of Section 80-IAC.

Therefore, the turnover limit for eligibility for deduction under section 80-IAC of the Act, as per the DPIIT’s notification is also Rs 25 crore.

CBDT further stated that Section 80-IAC contains a detailed definition of the eligible start-up which, interalia, provides that a start-up which is engaged in the eligible business shall be eligible for deduction, if it is incorporated on or after April 1, 2016, and its turnover does not exceed Rs. 25 crore in the year of deduction, and (iii) it holds a certificate from the Inter-Ministerial Board of Certification.

It was explained that this was the major reason as to why there was a wide difference between the number of start-ups recognized by the DPIIT and the start-ups eligible for deduction under section 80-IAC of the Act.

It is pertinent to state that Section 80-IAC was inserted vide Finance Act, 2016 as an exception to the Government’s stated policy of phasing out profit-linked deduction for promoting small start-ups during their initial year of operation. Since the intention was to support the small start-ups, the turnover limit of Rs 25 crore was considered reasonable for granting profit linking deduction, said CBDT.