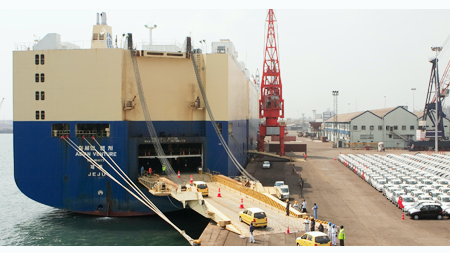 Consult MSMEs before signing free trade pacts, Government told
New Delhi, Dec 10 (KNN) In the wake of increase in imports from most of the countries with which India has entered into Free Trade Agreement (FTA), a strong demand has been made to the government that the MSME sector should be consulted and involved in the trade policy making process as these kind of trade opening arrangements have serious impact on the small and medium enterprises.

The demand for involving micro, small and medium enterprises along with the civil society and community based organizations, has been made to the commerce ministry by the Centre for International Trade, Economics and Environment.

The Centre has also demanded that there should be a better alignment/coherence of India’s trade policy with the objectives of other major macroeconomic policies such as National Manufacturing Policy.

Further, the Centre has insisted that all relevant stakeholders such as business associations including bodies representing micro, small and medium enterprises and civil society and community-based organisations should be given due representation in trade policy-making process and its implementation.

Before initiating the trade negotiations, the Centre wants comprehensive analyses of market access and other opportunities in prospective partner-country markets including analyses of factors relating to enhancement of competitiveness of India’s exports through right mix of import intensity, be undertaken.

The negotiations should start after a thorough understanding of sustainability impact of free trade agreements in respect to their economic, social and environmental sustainability, demands the Centre for International Trade, Economics and Environment.

Impact of third-party FTAs (that is between two or more countries with which India has significant trade relations but does not have a free trade agreement) on the Indian economy should be analysed.

Barring Singapore and Vietnam, India’s imports from the Asean countries are much higher than exports, a phenomenon which hurts the interests of the small and medium enterprises.

Even with other big economies like Japan and Korea with which India has entered into FTAs, its exports are much lower than the imports to the detriment of the domestic industry.