Global, domestic factors & escalation of tension between US and Iran led exports to fall by 1.8 per cent 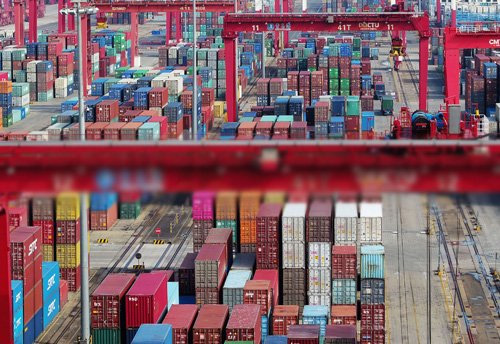 Global, domestic factors & escalation of tension between US and Iran led exports to fall by 1.8 per cent

New Delhi, Jan 16 (KNN) Since, the India’s exports contracted for the fifth month in a row, registering a fall by 1.8 per cent to 27.36 billion dollar in December 2019, the Federation of Indian Exporters Organisations (FIEO) president Sharad Kumar Saraf has accused global, domestic factors and escalation of tension between US and Iran which led to this situation.

''Global and domestic factors have again led to the decline in exports. Protectionism coupled with a few other key factors including trade war, escalation of tension between Iran and the US and slowdown in economies across the globe has further added to the woes of the India's exports sector.'' Saraf said.

FIEO Chief further said that with major global players including China also losing its sheen in exports, the Indian exports is passing through a very tough and challenging times.

The currency volatility besides fluctuation in commodities prices including that of crude have also led to the decrease in exports of petroleum, which is a major constituent of India’s exports, he said.

Only 11 out of the 30 major product groups were in positive territory during December 2019 including electronic goods, drugs & pharmaceuticals, iron ore, marine products, RMG of all textiles, man-made yarn/fabs/made-ups, cotton yarn/fabs/made-ups, handloom products and couple of plantation sectors have shown some positive or marginal growth. However, all other major sector of exports including almost all labor-intensive sector of exports were still in negative territory. Further imports of USD 38.61 billion with a negative growth of 8.83 percent during the month has yet again come as a big respite for the economy.

''Domestic issues including uncertainty over MEIS Scheme was a major cause of concern as exporters' claim for over 5 months are still pending, which has completely wiped out their liquidity and has kept them in doldrums with regard to finalising new contracts. The problem of risky exporters have further compounded the liquidity problem as their GST and Drawback claims have also been held up,'' he added.

Saraf reiterated that the stalemate over MEIS for apparels and made ups should be resolved immediately. Besides, RoDTEP should be notified with immediate effect for all the products with lead time of at least 3 months now so that exporters may factor the same in finalising new orders and making their transition to the new scheme smooth while continuing with MEIS in the interim period.