Indian manufacturers recorded another sharp deterioration in business conditions during May: Survey 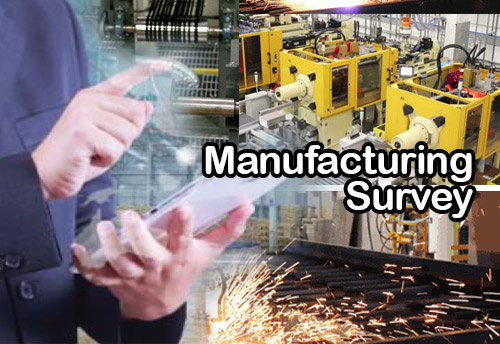 Indian manufacturers recorded another sharp deterioration in business conditions during May: Survey

New Delhi, June 1 (KNN) Amid the ongoing coronavirus lockdown, Indian manufacturers recorded another sharp deterioration in business conditions during May, said a survey.

India’s manufacturing activity contracted in May due to weak demand and logistic challenges, according to the monthly IHS Markit India Manufacturing Purchasing Managers’s Index (PMI) survey.

In PMI, a print above 50 means expansion, while a score below that denotes contraction.

"The latest reading pointed to another substantial decline in the health of the Indian manufacturing sector, albeit one that was slightly softer than recorded in April," said Markit Economics.

A nationwide lockdown in April, coupled with a crash in export orders, had led to conditions across sectors falling by the biggest margin ever and new businesses collapsing at a record pace. In May, jobs were hit the most. Jobs were again cut and at a quicker pacer than April's 15-year high, the survey said.

Commenting on the latest survey results, Eliot Kerr, Economist at IHS Markit, said: "The latest PMI data suggested that Indian manufacturing output fell further in May. This result is particularly poignant given the record contraction in April which was driven by widespread business closures. The further reduction in May highlights the challenges that businesses might face in the recovery from this crisis, with demand remaining subdued while the longevity of the pandemic remains uncertain." (KNN Bureau)