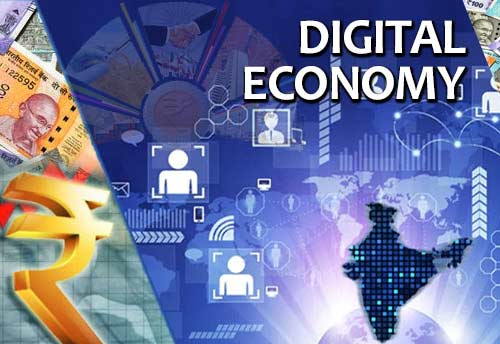 New Delhi, June 23 (KNN) During the virtual address of the inaugural ceremony of BRICS business forum, PM Modi said that the value of the India’s digital economy will reach USD one trillion by 2025.

“The Indian economy is expected to grow by 7.5 per cent this year, making it the fastest growing major economy in the world,” he added.

The Prime Minister during the address, highlighted the role of government in supporting innovation in every sector.

Transformative changes are taking place in every sector in the emerging 'New India’. The government has made innovation-friendly policies in many areas like space, blue economy, green hydrogen, clean energy, drones and geo-spatial data.

"Today, India has one of the best eco-systems in the world for innovation, which is reflected in the growing number of Indian start-ups. There are more than 100 unicorns in over 70,000 start-ups in India and their number continues to grow," he said.

There are approximately 36 per cent women out of 4.4 million professionals working in the IT sector. The maximum benefit from technology-based financial inclusion has also gone to the women in our rural areas.

The key pillar of India's current economic recovery is technology-led growth. To further develop our economies of the members, the BRICS Business Forum should act as a platform for regular exchanges between the startups of the member countries.  (KNN Bureau)