MEIS has not been discontinued, says DGFT 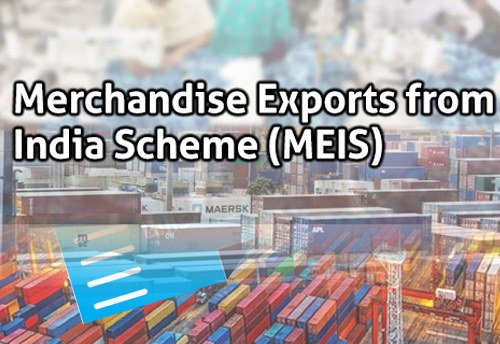 MEIS has not been discontinued, says DGFT

New Delhi, Sep 10 (KNN) The Commerce Ministry has clarified that export incentive scheme Merchandise Exports from India Scheme (MEIS) has not been discontinued from August 1 this year and an inter-ministerial consideration is going on for continuation of 2 percent increase for labour intensive sectors.

"There has been confusion about MEIS/RoSCTL (Rebate of State and Central Taxes and Levies). It is clarified that MEIS has not been discontinued with effect from August 1, 2019, said DGFT in a tweet.

The issues under inter-ministerial consideration are - continuation of 2 percent increase sanctionedWith effect from November 11, 2017 in labour intensive/MSME sectors," it added.

It added that the government decision would be notified on these issues at the earliest. "MEIS system has been blocked for LEO (Let Export Order ) after 1.8.2019 till then. We are sorry," it added.