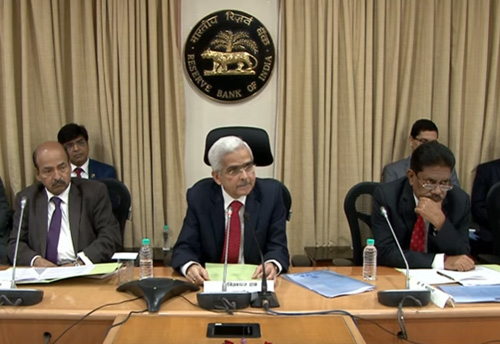 Reserve Bank of India's MPC cut repo rate by 35 basis points or 0.35 per cent to 5.40 per cent, the lowest in over nine years. Repo rate is the key interest rate at which the central bank lends short-term funds to commercial banks.

In the earlier three policies, the central bank had reduced repo rate by 25 basis points each. The RBI also revised real GDP growth for 2019-20 downwards to 6.9 per cent from 7 per cent in the June policy.

This was the fourth repo rate cut in as many policies since February 2019. This is also the first time when the benchmark lending rate has been changed by range other than multiples of 25 basis points. This signals a major departure from the prevailing practice, when the central bank had only lowered or raised rates in multiples of 25 basis points.

“There is nothing sacrosanct about 25 basis points or its multiples thereof,” RBI governor Shaktikanta Das said during the post-policy press conference.

Das said banks have passed only 0.29 percent in rate cuts to their borrowers as against 0.75 percent cuts in interest rates by the Reserve Bank till June. Since February, the repo rates have come down by hefty 110 bps to 5.40 percent with today's 35 bps reduction.

He said banks have taken this stance despite financial markets, on which they depend for money, moving in tandem with the RBI actions and fully absorbing them rate cuts.

"Our interactions with various stakeholders, including public and private sector banks, indicate that steps are being taken by them on an on ongoing basis to progressively lower their interest rates so that the benefits of policy rates reductions are fastened to the economy," Das said.

It can be noted in the last months, Das has separately met representatives of public and private sector banks ahead of the policy review.