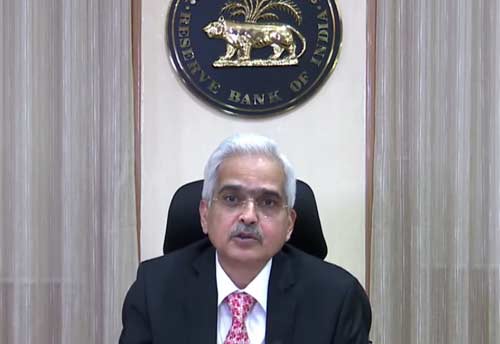 New Delhi, May 4 (KNN) In a bid to tame the rising inflation in the country, the Reserve Bank of India (RBI) has decided to raise the repo rate by 40 basis points to 4.40%, Governor Shaktikanta Das announced in a virtual address today.

Das said “Shortages and volatility in commodities and financial markets are becoming more acute. We have demonstrated in the Monetary Policy Committee that we are not bound by a set book of rules but be accommodative of changing scenarios,” he said.

Last month, the Central Bank kept two benchmark economy-wide interest rates unchanged at record lows, a signal that the RBI continued to prioritize growth recovery despite inflationary winds sweeping the world and India in the aftermath of the Russia-Ukraine conflict.

These rates are key to boost credit and investments by businesses in the economy, as India pushes its nascent economic recovery. The Monetary Policy Committee’s (MPC) review of the economy is key to markets and general business sentiment. (KNN Bureau)