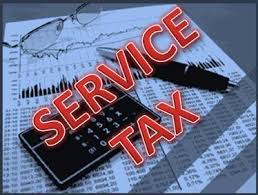 Service tax offices to remain open on December 28-29
New Delhi, Dec 28 (KNN)  All offices handling service tax will remain open tomorrow, on Sunday, as well to avoid last minute for rush those who want to avail the benefit of one time service tax amnesty scheme. The offices are open today also.

The last date for filing declaration under Voluntary Compliance Encouragement Scheme (VCES) is on or before December 31, 2013.

"In order to enable trade and industry to file declarations well in time before December 31, 2013, and also to avoid last minute rush, all the offices handling Service Tax shall remain open on December 28 and 29 (Saturday and Sunday respectively)," the Finance Ministry said in a statement.


The government had launched the VCES to give an opportunity to service tax defaulters to pay dues and come clean.

Service tax is payable at 12.36 per cent on all services, except a few on a negative list publicised by the government.


VCES, which is being implemented from passage of this year's Finance Bill on May 10, allows a service tax defaulter to pay dues without any penalty or late payment charges.


Under the scheme, a person may make a declaration to the designated authority on or before December 31, 2013.


The ministry has set an indirect tax collection target of Rs 5.65 lakh crore for 2013-14, through customs, excise and service tax. That figure is up from the Rs 4.73 lakh crore collected in the last fiscal. (KNN Bureau)