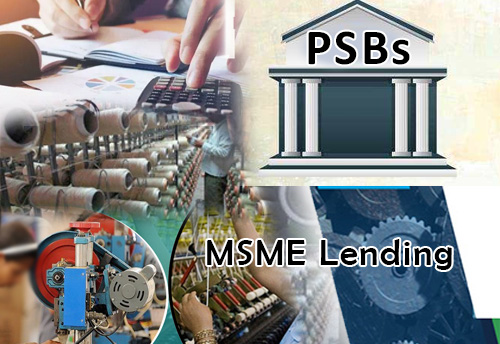 New Delhi, Aug 19 (KNN) Public sector banks (PSBs) held a consultative and ideation process with their branch heads across the country over the weekend to identify the issues and challenges faced by branches and how to improve their performance.

Public sector lenders on August 18 completed the first round of bottom-up ideation exercise for further streamlining the banking sector to help the nation become a USD 5-trillion economy in five years.

The move by the Finance Ministry is aimed at re-invigorating sagging economy in which banking sector has important role to play especially in boosting consumption through higher credit flow to the productive sectors.

Union Bank of India MD and CEO Rajkiran Rai G said, “This exercise is to understand the gaps in our products, processes and why we are not able to reach out to everyone who needs credit. Some of the suggestions which have come are really good. The objective is to align the bank’s priorities with the national priorities.”

Some suggestion were with regard to government and regulators which will be taken up at later stage of the exercise, he said, adding, all these suggestions will be collated over the next week and will be placed at the state-level meeting.

Gupta further said, the primary objective of this meeting was to identify and finalize ways and means to increase credit to various sectors of the economy, enhance the use of technology to bring about innovation.

“Our existing products are not matching up to the requirement of start-ups. Start-ups have fluctuating cash flows but we are very rigid on our installments. There should be some kind of restructuring in fixing the installments and all that. Suggestions have come in this regard,” he added.

According to Andhra Bank, theme of the campaign was also focussed on raising credit off take for supporting economic growth, credit support to infrastructure and role of the banking sector in doubling farmers' income and water conservation.

Besides, supporting green economy, improving education loan and other sectors such as micro, small and medium enterprises (MSMEs) and exports were also part of discussion.

The campaign comes at a time when the economy is facing headwind and has slowed to a 5-year low of 6.8 percent during the last fiscal.