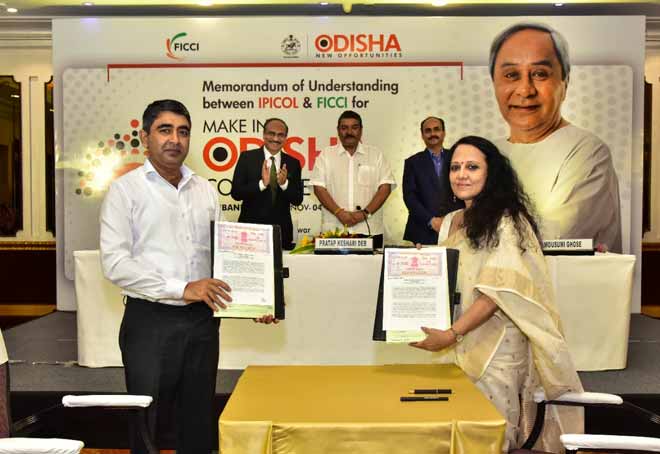 Bhubaneswar, July 29 (KNN) Federation of Indian Chambers of Commerce & Industry (FICCI) has become the National Industry Partner for the Make in Odisha Conclave 2022.

The industry body has signed a MoU with the Industrial Promotion and Investment Corporation of Odisha (IPICOL) to be appointed as the official National Industry Partner for the event.

Delivering the introductory remarks, Sharma highlighted that Make in Odisha is the most enterprising event in Odisha, attracting investors, entrepreneurs, and industrialists alike.

Speaking about the Make in Odisha conclave, Industries and MSME Minister said, “This is going to be the third edition of the Make in Odisha Conclave. The first MIO in 2016 witnessed an overwhelming response receiving over Rs 2 Lakh crore worth of investment intent.”

“Over 5000 delegates participated in it and it had over 50 speakers from across the globe, in the second edition it was over Rs 4 lakh crore of investment intent, the goal of this year’s conclave is to surpass all the expectations and more importantly, to firmly put Odisha on the global map,” he added.

He also stated that the state has grown at 10.1 per cent making it one of the fastest growing economies in India.