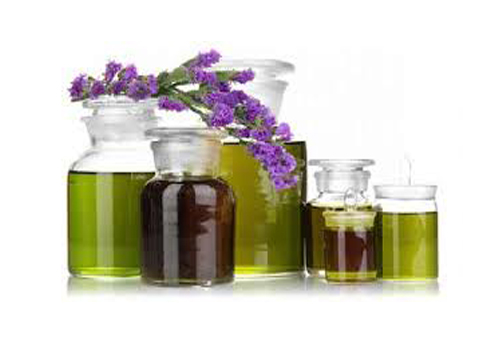 New Delhi, Mar 29 (KNN) The flavour and fragrance industry has witnessed tremendous growth over the past few years especially during FY'2010-FY'2015 in India, said a research.

According to a report by Ken Research, the consumers in the country are steadily moving towards the packed and canned foods, which have heightened the growth of flavour segment in India.

Various factors such as economic growth, rising prosperity, incline in urban class population and busier lifestyles have contributed to an inclining growth for flavours.

Moreover, busier lifestyles in the country have triggered increase in consumption of ready to eat foods. For consumers unwilling to compromise on taste, health or convenience, flavour companies have been bent on innovating new products. The demand for flavours has widely enhanced over the last couple of years, the research highlighted.

According to the Research Analyst, Ken Research, the India flavour market is diversified across several fragrance families such as vanilla, butterscotch, exotic flavours, blackcurrant, kesar and others.

The market was dominated by vanilla flavour which remained the largest demanded flavour of the flavour market in India. Exotic flavours are also demanded at a wide scale, although it is a newer product line but still the demand is very high as compared to other flavours. These flavours generally include flavours such as strawberry, cranberry, mulberry and many more. Butterscotch and black currants were the third and fourth largest contributor to the overall fragrance market.

Flavour market in India has been segmented on the basis of types of applications which comprise beverages, bakery, confectionery, dairy, pharmaceuticals, tobacco and others. The Flavours used in the beverages have grossed the highest revenues for the flavour market.

Confectionary has been the second largest revenue contributing segment to the overall flavour market in India during FY’2015. Dairy is the third largest product in flavour market of India; this product has witnessed a huge spike in terms of revenues owing to higher demand of flavoured milk especially among urban households. The demand for pharmaceuticals products and tobacco has enhanced during the span of last five years, according to the Research Analyst, Ken Research.

The demand for flavours has been catered by two distinct sources: imports and domestic production.

In the coming years, it is expected that import demand for flavours products is likely to augment, which is anticipated to be driven through surge in personal disposable income, rising urbanization levels and growing preferences for foreign flavours.

The flavour market in India has been segmented on the basis of synthetic and natural flavours. Natural chemicals are those which are created from the edible products such as essential oils, oleoresins, fruits, leaves and several others. However, synthetic flavours are processed in laboratories using inedible things such as petroleum.

It has been estimated that during FY’2015, synthetic flavours accounted majority of the overall flavour sales in India. The major reasons of the domination of synthetic over natural flavours is that the cost incurred and time taken in production is less in comparison to that of natural flavours , according to the Research Analyst, Ken Research.