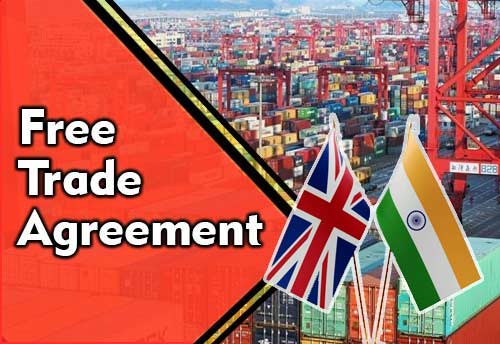 New Delhi, May 27 (KNN) Union Minister Piyush Goyal has said that it is likely that the India-UK free trade agreement (FTA) will be ready by Diwali without the need for an interim early harvest agreement.

During his visit to the UK he said that the way things are progressing between the two negotiating teams, a free trade agreement (FTA) between India and the United Kingdom could be ready by Diwali.

Right after the conclusion of World Economic Forum in Davos, the minister arrived in London to stock-take and interact with stakeholders and business people ahead of the fourth round of FTA negotiations, set for June 13 in the UK.

During a curtain raiser event on Thursday evening for the annual UK-India Week by India Global Forum (IGF) scheduled from June 27, the commerce minister pointed to the FTAs concluded at speed with the UAE and Australia as a sign of things to come.

“But the way things are progressing, we’ll actually land up doing a full FTA with the UK by Diwali. I have had very good meetings on it,” he said.

Diwali in October was set as a timeline for a draft FTA after British Prime Minister Boris Johnson’s talks with Prime Minister Narendra Modi during his visit to India last month.  (KNN Bureau)