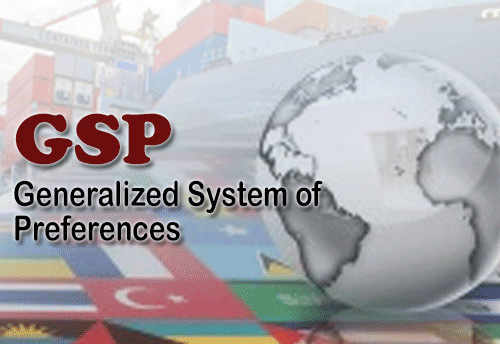 New Delhi, Aug 12 (KNN) Exports of Indian goods, which were enjoying benefits under the preferential tariff system GSP, to the US registered a growth of 32 per cent in June, according to Trade Promotion Council of India (TPCI).

The US rolled back export benefits to over 1,900 Indian goods from June 5. These incentives were provided by America under its Generalized System of Preference (GSP) program. The share of GSP benefitted products in total exports from India to USA was 12%, which was withdrawn with effect from June 5, 2019.

Citing the data from United States International Trade Commission (USITC), TPCI Chairman Mohit Singla said, "This is a very interesting trend as out of USD 190 million value of GSP benefit claimed earlier, the growth has already covered US$ 161.74 million, month on month for June 2019 compared to last year; leaving a thin margin of US $28.26 million only."

This is a clear indication that Indian products have the full potential to compete globally and not solely dependent on support, contrary to the perception, he added.

He stated, “TPCI is a strong advocate of the phasing of subsidies and reducing government support. The need is incentivizing new sunrise sectors like furniture and electrical, by creating a cluster-based mega ecosystem, which can churn export growth completely.”

The era of continuing fixation of labour incentive sectors should be over, as their growths have already flattened, despite sustained support, said Singla.

Earlier, the Commerce and Industry Minister, Piyush Goyal, had said, "India accepts the decision of the US to withdraw duty-free benefits to its exporters gracefully and will work towards making the exports competitive.”

India is now evolving and moving out of the crutches. We believe we can be export competitive at our own strength or at the strength of our own comparative advantage, he added.

Chairman Mohit Singla at the time of withdrawal had said, the withdrawal of benefits "will not" make much difference as Indian exports are all geared up to take this challenge.

"Even the USA was benefiting from the GSP regime since the intermediary inputs provided by India helped keep its industry competitive. This withdrawal of GSP is only going to inject the estimated additional burden of USD 190 million, which is minuscule compared to India's overall export to the USA," he added.