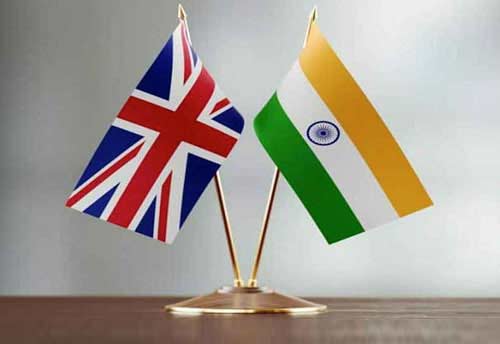 New Delhi, Jul 9 (KNN) Aiming to strengthen cooperation in the financial sector, India and the United Kingdom (UK) virtually held the inaugural meeting of the India-UK Financial Markets Dialogue (‘the Dialogue’) on Thursday.

The Dialogue was established at the 10th Economic and Financial Dialogue (EFD) in October 2020 to deepen bilateral ties in the financial sector, the ministry of finance said in a statement.

The Dialogue was led by senior officials from the Indian side by the Ministry of Finance and from UK, Her Majesty’s Treasury, with participation from Indian and UK independent regulatory agencies, including the Reserve Bank of India, the Securities and Exchange Board of India, International Financial Services Centre Authority, Insurance Regulatory and Development Authority of India, the Bank of England, and the Financial Conduct Authority.

Following the government-to-government discussion on these issues, private sector partners were invited to the discussion. The City of London Corporation’s Capital Markets Working Group presented their work on the Indian corporate bond market, and the India-UK Financial Partnership presented their recommendations on the UK-India financial services relationship, particularly on the development of GIFT City as global services hub.

As two services driven economies, both sides agreed that there is significant scope for strengthening the financial services cooperation between India and the UK. They also concurred to continue to engage bilaterally on these areas in the coming months, in the run-up to the next EFD and the beginning of negotiations for a future India-UK FTA, both expected to take place later this year.