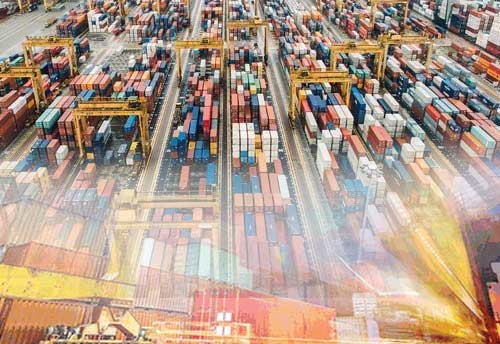 New Delhi, Feb 25 (KNN) With regards to the ongoing Russia-Ukraine crisis, the traders and exporters in India are expecting the government to give supportive measures such as consideration of shipments which are at the ports or in the voyage to be quickly cleared either during transit or in payment as the uncertainty and assessment of US sanctions on Russia is under evaluation.

Commenting on the sanctions and its impact on export industry, Dr A Sakthivel, President, FIEO said, “It has added to the uncertainty for exporters and we are advising them to wait and watch as the exact implication of banking & financial sanctions needs to be evaluated.”

He hoped that the Wind-Down period would be available in the OFAC sanctions so as to take care of transactions in the pipeline.

“However, it is requested that the shipments which are at the ports or in the voyage may be quickly cleared and loss to exporters, either during transit or in payment, may be sympathetically considered by the Government,” he added.

Reacting on the crisis and how it affects Indian economy, National President B.C.Bhartia and Secretary General Praveen Khandelwal, CAIT said, “Crude oil and allied products share 9 per cent of the wholesale price index. The hike in crude oil will lead to further inflation in petrol and diesel prices which will lead to overall inflation as the manufacturing and transportation cost of the goods will become more costly. The oil is heavily used in manufacturing, plastics, pharmaceuticals, machinery, paints and a lot of other commodities etc. as part of the raw material which will also contribute to inflating the prices.”

The CAIT senior officials further said that as a part of normal business traders in India pay advance to Ukraine suppliers which are expected to be stuck for an unknown period.

“There must be shipments in transit which have been stuck and will certainly accrue losses to Indian traders. The expected rise in dollar prices will adversely hit the trade with other nations as the Indian traders will be forced to pay the prevailing price at the time of shipment,” they said.

CAIT has also shown solidarity with the Government during the current crisis and assures support to any move that the Government takes to maintain financial stability in the country. (KNN Bureau)