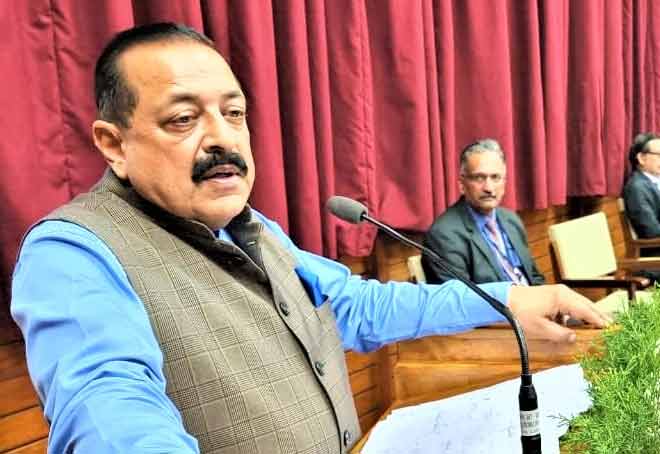 New Delhi, Nov 16 (KNN) India is one of the top five manufactures of life-saving high-risk medical devices in the world, but it is the only country that manufactures these devices at one-third cost when compared to the other top four, said Union Minister for Science and Technology Jitendra Singh on Tuesday.

Addressing the inaugural ceremony of the Combined Devices Block at Chitra Tirunal Institute of Medical Science and Technology, Singh pointed out technologies developed by the Institute like the artificial heart valve, hydrocephalus shunt, oxygenator and drug eluting Intra uterine device are being manufactured in three to four countries like USA, Japan, Brazil and China.

The minister of science and technology highlighted that the world-class medical devices made indigenously are available to Indian patients at approximately one-fourth to the one-third price of their imported counterparts. He underlined that this reflects the Atmanirbhar vision of PM Modi to become self-reliant in medical devices as well as medical management, an official press release said.

Singh further said that it was Prime Minister Modi, who notified Medical Devices Rules in 2017 in conformity with the Global Harmonisation Task Force (GHTF) framework and conform to best international practices. The new rules seek to remove regulatory bottlenecks to make in India and facilitate ease of doing business while ensuring the availability of better medical devices for patient care and safety.

“The R & D for Ease of Living can become successful, only if the private industry becomes an equal stakeholder and invests in the project from the beginning,” he said.

He said this is also true for sustainable StartUps to have equal stakes in both the Public and Private sectors. He gave the example of the Technology Development Board of DST and Bharat Biotech forming an Rs 400 crore Corpus Fund with an equal contribution by both to support Startups in vaccine manufacturing and other medical ventures.

The Minister pointed out that the DNA vaccine produced by the Department of Biotechnology was later used effectively by the private sector and this is the essence of the Integrated Approach.  (KNN Bureau)