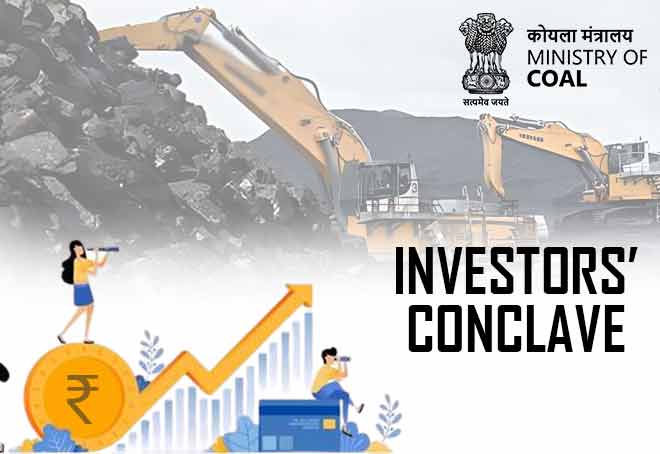 New Delhi, Nov 29 (KNN) With the aim to boost bidder participation in the commercial auction of coal mines, Ministry of Coal is organising an investor conclave on December 01, 2022 in Mumbai.

This month, the coal ministry launched the process for sale of 133 coal mines under the sixth round of commercial mines auction. In the first five rounds, 64 coal blocks have already been put on sale.

Under commercial auctions, there is no technical or financial eligibility criteria and hence, several bidders who were not into coal mining earlier, became successful bidders and were awarded the coal mines.

Mines falling under protected areas, wildlife sanctuaries, critical habitats, having forest cover greater than 40 per cent, heavily built-up area etc. have been excluded from the auction.

The block boundaries of some of the coal mines where there was presence of dense habitation, high green cover or critical infrastructure etc. have been modified basis comments received during stakeholder consultations to enhance bidders’ interest and participation in these coal blocks.

Key features of the auction process include reduction in upfront amount and bid security amount, permission to relinquish part of the coal mine in case of partially explored coal mines, introduction of National Coal Index and National Lignite Index, ease of participation with no entry barriers, full flexibility in coal utilisation, optimized payment structures, efficiency promotion through incentives for early production and use of clean coal technology.

SBI Capital Markets Limited, the sole Transaction Advisor to Ministry of Coal for the commercial coal mine auctions, is assisting the Ministry of Coal in conduct of the auction.  (KNN Bureau)