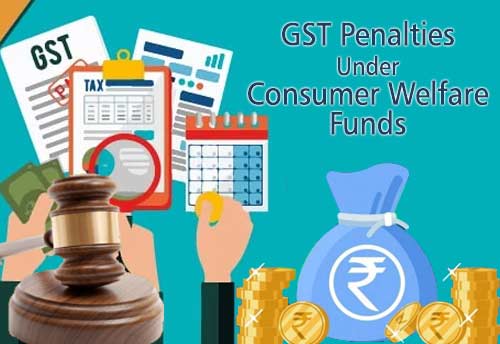 In the letter, CUTS Secretary General, Pradeep S. Mehta said that the Consumer Welfare Fund was created in 1992 by an amendment in the Central Salt and Excise Act, 1944 to credit all moneys which manufacturers claimed against excess excise recovery.

In this fund, the money, which is not refundable to the manufacturers on the basis of litigation, is being credited. After all, the moneys were collected from consumers by such firms and they would have been unjustly enriched if the amount was refunded to them.

The purpose of the Consumer Welfare Fund, supervised by the Department of Consumer Affairs, is to provide financial assistance to promote and protect the welfare of consumers, create consumer awareness and strengthen the consumer movement in the country, particularly in rural areas.

The penalties levied and collected by the Anti Profiteering Authority (APA) from businesses under Section 171 of the Central GST Act, 2018 nearly INR 800 crore so far through the penalties and another INR 3,000 crore or so is expected to flow in future course of time.