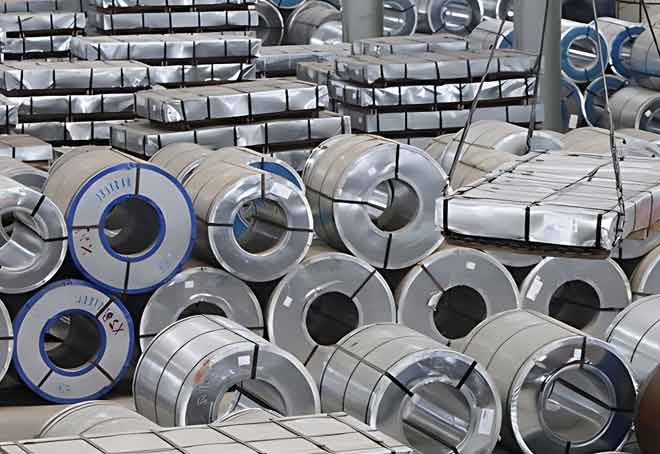 New Delhi, Nov 14 (KNN) Due to the government’s thrust towards infrastructure projects, India’s steel production and consumption grew 6.4 per cent and 11.4 per cent , respectively, year-on year (YoY) during the first seven months of FY23 (April to October), CareEdge Research said in a report on Monday.

The report points out that due to the pick -up in construction and real estate activity as well as healthy demand from the automobile sector, led to the rise in production and consumption.

It added that the geopolitical tensions, a fall in iron ore prices and weak international demand continue to keep steel prices and realisations under pressure. Domestic prices are expected to remain subdued in the near term, while strong demand would provide some respite amid subdued exports, as reported by Mint.

“India is expected to witness a decline of about 50-55 per cent in exports in FY23 because of the export duty announcement on a range of finished steel products made by the government in May 2022," the report stated.

“The domestic steel demand growth will be strong at 9-10 per cent in FY23, due to the government’s infrastructure push and increased investments in real estate and construction sectors amid an overall economic rebound. In addition to this, lower raw material prices (on account of increase in export duty on iron ore from 30 per cent to 50 per cent in May 2022) will also support steel production in India, though steel prices will continue to remain moderate,” it said.

“The operating profitability margins of the steel players will see a contraction in FY23 from the peak of FY22, on account of moderation in realizations despite relatively lower raw material costs", Tanvi Shah, Director, CareEdge Advisory & Research, said.

During the current financial year, exports are likely to witness degrowth compared to FY22, mainly due to imposition of export duties which will make steel exports from India expensive. Similarly, duty on iron ore concentrates was raised to 50 per cent from 30 per cent and a duty of 45 per cent was imposed on iron ore pellets to boost domestic supplies.

According to the report, the higher availability of steel in the domestic market on account of export duty announcement will lead to continued moderation in steel prices in the near term. In addition, the increase in export duty of steel will help in producing steel at lower cost.

The domestic consumption of steel will continue to grow, backed by improved economic activity and the government’s continued investment in infrastructure and construction sectors. To serve the growing domestic demand, local steel production will grow backed by sustained high-capacity utilisation levels.

Furthermore, a revival in economic activities from the end-user industries such as construction, infrastructure, automobile, real estate and consumer durables will support the steel consumption and will aid production in India.  (KNN Bureau)