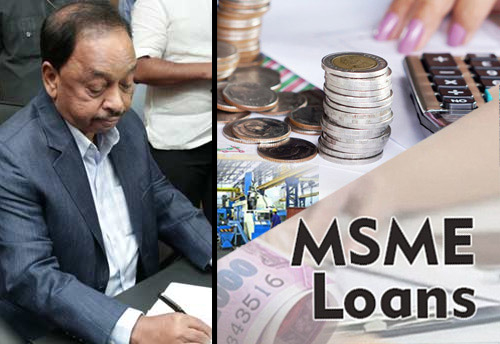 New Delhi, Jul 22 (KNN) Union Minister for Micro, Small and Medium Enterprises (MSMEs) Narayan Rane on Thursday informed the parliament that as many as 13.06 lakh MSME loan accounts with an aggregate amount of Rs 55,333 crore have been restructured by public sector banks till June 25.

''Till June 25 this year, 13.06 lakh MSME loan accounts with an aggregate amount of Rs 55,333 crore have been restructured by public sector banks," he said in a written reply to the Lok Sabha.

The minister also said that till July 2, Rs 2.73 lakh crore have been sanctioned under the Emergency Credit Line Guarantee Scheme (ECLGS).

The scheme was launched for an emergency credit line of up to Rs 4.5 lakh crore to businesses including MSMEs and the same is backed by 100 per cent central government guarantee.

In an another reply, Rane informed that since the inception of the Prime Minister's Employment Generation Programme (PMEGP), till July 9, 6,97,612 units have been set up (including those by farmers) with MM (margin money) subsidy of Rs 16,688.17 crore.