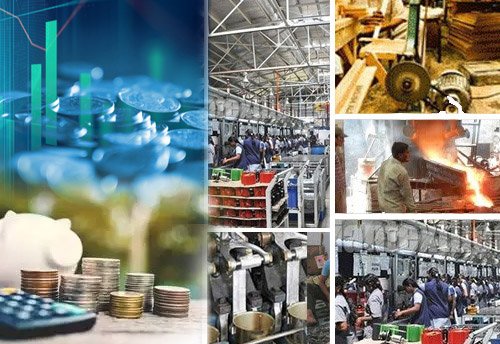 New Delhi, July 23 (KNN) Just like the COVID-19 cases, the agony of Micro, Small and Medium Enterprises (MSMEs) in the country appears to be never ending as 90 per cent MSMEs want additional funds to upscale their business, according to a study by Skoch group.

''This clearly indicates that there are invisible barriers in availing the emergency credit. While the survey has brought out that survival will remain a crucial issue for the MSMEs even after the largesse of government, it has also shown what needs to be done,'' said the study.

The study revealed that even after announcing Rs 20 lakh crore for resuscitating the Indian economy from the effects of the pandemic, a large majority of the MSMEs are in dire straits.

The study further stated that inability to service the debt will make these large number of loan accounts Non-Performing Assets (NPAs), throttling their operations leading to further downsizing of the Indian economy.

The study also said that a large number of MSMEs think that government support is essential for survival of their enterprises and they also want that the support should be provided as a single package by one Ministry or Agency, viz., a scheme like NREGA to assist workers of factories.

''Naturally, because this will minimise transaction costs of MSMEs to avail the support and also minimise time lags,'' it added.

There are also demands for invoice-based financing of working capital transparently from an electronic platform. This will minimise human interference and processing delay, it said.

Notably, a survey by Skoch group and the Federation of Indian Micro and Small & Medium (FISME) showed that more than 60 per cent of the MSMEs will not be in a position to service their debt after the moratorium period ends.

''50 per cent of the MSMEs surveyed have opined that the interest accrued during the moratorium period will be back breaking for them. As business is still at a crawling stage, the cash flow will be insufficient to pay the interest on the loan under moratorium,'' the study said quoting the survey report conducted by Scotch Group jointly with FISME.

The survey was conducted during the consecutive months of April, May and June, shows nearly two third of the entrepreneurs has persistently suggested that the interest for the moratorium period should be waived, if the government wants the MSME sector to survive.

The survey also claimed that nearly 90 per cent of the MSMEs have not availed the collateral free emergency funding window.