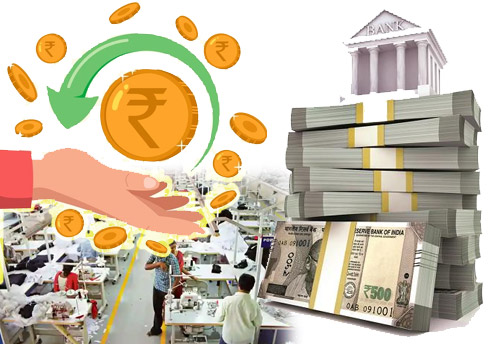 New Delhi, Aug 4 (KNN) Both Public Sector Banks (PSBs) and Private Sector Banks have (PVBs) have sanctioned more than Rs 1.36 lakh to Micro, Small and Medium Enterprises (MSME) sector under the Emergency Credit Line Guarantee Scheme (ECLGS) till July 29, which is 44 per cent of the targeted amount, said a report by CARE Ratings on Monday.

Finance Minister Nirmala Sitharaman had announced the credit scheme for providing liquidity support to MSME, which allowed banks to sanction government-backed guarantee loans up to Rs 3 lakh crore by the end of October 2020.

''The cumulative sanctions by banks total around 44 per cent of the targeted Rs 3 lakh crore,'' it added.

As per the report the PSB has sanctioned more loans than private banks.

''Of the targeted Rs 3 lakh crore, the cumulative sanctions by PSBs are around 24 per cent while that by private banks is around 20 per cent,'' the report added.

Meanwhile, on August 1, the government widened the scope of the Rs 3 lakh crore MSME credit guarantee scheme by doubling the upper ceiling of loans outstanding to Rs 50 crore and including certain individual loans given to professionals like doctors, lawyers and chartered accountants for business purposes under its ambit.