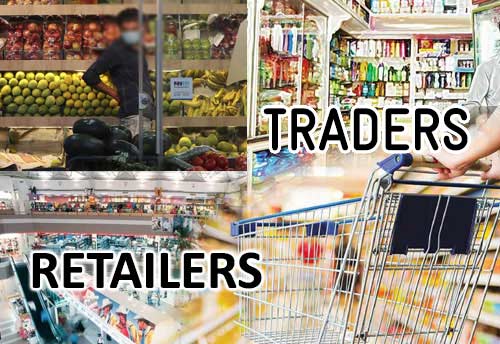 New Delhi, Jul 9 (KNN) Last week, ex Union Minister for Micro, Small and Medium Enterprises (MSMEs), Nitin Gadkari had announced the inclusion of retailers and wholesale traders under the ambit of MSME definition to extend the benefits to them.

However, the decision didn't land well with several MSME associations and following the same path, RSS- affiliated industry body Laghu Udyog Bharati (LUB) too joined them to criticise the decision.

The MSME body, in its press statement, termed the decision as distractive, destructive, and inappropriate for MSMEs.

''Currently, the available “Priority Sector Lending” to MSMEs is inadequate compared to the demand from the Priority Sector. With the new provision of inclusion of retail & wholesale traders the available funds of PSL will get divided & result into contraction of MSMI funding. This will further put MSMI into a deep crisis of cash crunch,'' statement added.

LUB feared that in future it is very likely that the other schemes of MSME like priority procurement by PSUs will also be made available to traders which will distract the promotion of the manufacturing sector and result in problems & difficulties.

The statement also noted that the Small-Scale Industry Ministry was initially formed by the then Vajpayee Government in 1999 to promote manufacturing amongst the small-scale industry and said that it is crucial to stick to its original purpose and focus.

The industry body said that they acknowledge the importance of the Trading Sector in the economy of the country. It is also important that they receive promotion but not by consolidating with the manufacturing sector.

''We submit & request that the retail & wholesale trade be kept separated & may be merged with the Commerce & Industries Ministry for specific promotional schemes & its implementation,'' it said.

On this background we request the government to reconsider the decision of inclusion of Retail and Wholesale Trade under MSMED Act, the statement read further.