Credit to MSMEs entered into green zone in Nov; up by 5 per cent 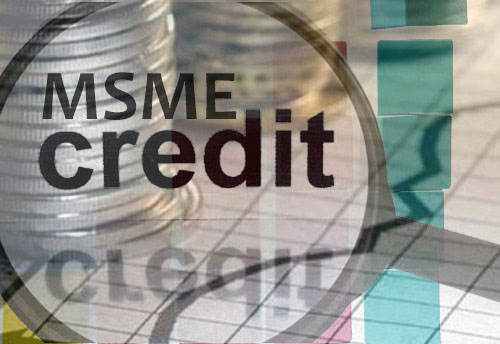 Credit to MSMEs entered into green zone in Nov; up by 5 per cent

New Delhi, Mar 2 (KNN) The overall credit to Micro, Small and Medium Enterprises (MSMEs) in November 2020 accelerated to 5.0 per cent as compared to a contraction of 0.6 per cent a year ago, said a bulletin by Reserve Bank of India (RBI).

Credit growth to MSMEs, which has generally remained subdued in recent years, received a further setback due to the pandemic.

The bulletin also said that medium industry’s credit deployed in December was Rs 1.23 lakh crore, up 15.3 per cent from Rs 1.07 lakh crore in December 2019. Emergency Credit Line Guarantee Scheme (ECLGS) and the subordinate debt scheme were the key post-Covid credit measures taken by the government to support pandemic-hit small businesses.

As per the RBI bulletin, December also saw continued growth in credit deployment to MSEs in the manufacturing sector from October and November after being in red from April till September in the financial year. The outstanding as of December 18, 2020, for manufacturing MSEs was Rs 3.69 lakh crore, up 1.2 per cent from Rs 3.65 lakh crore as of December 20, 2019. The November and October YoY growth stood at 0.5 per cent and 0.7 per cent respectively.

However, the growth in FY21 till December remained contracted at minus 0.7 per cent from Rs 7.67 lakh crore in March 2020.