Despite no ban on sale of crackers, firework industry facing demand crisis 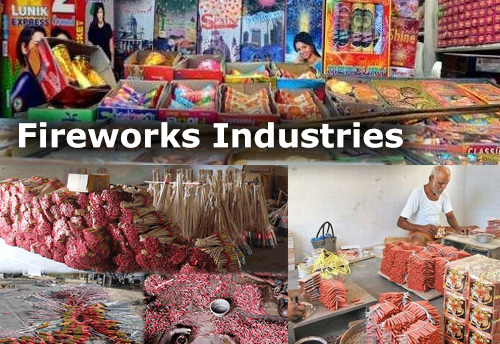 Despite no ban on sale of crackers, firework industry facing demand crisis

New Delhi, Oct 18 (KNN) Despite no ban on sale of crackers across the country this year, Diwali might not be good for firework industry because of the uncertainty about Supreme Court's decision whether it will enforce a ban or not this year, said K Mariappan, General Secretary, Tamil Nadu Fireworks and Amorces Manufacturers Association (TANFAMA).

While talking to KNN India, Mariappan said “Technically, there is no ban on sale of crackers this year in Delhi-NCR region but the condition is that they can sell what they have in their hands. They cannot make fresh purchases of the firework stocks.”

Due to 2017 ban on the sale of crackers, there has been a huge decline in demand of crackers which has wrecked the lives of both manufacturers and workers, he added.

And this year also, despite no ban, wholesale dealers in Delhi-NCR region have refrained from placing orders due to apprehensions that the ban could be enforced yet again at the eleventh hour, Mariyappa added.

There has been a 40% decline in crackers order compared to last 3 years, he added.

Adding to this, he said production has suffered a lot this year because of uncertainty about the Supreme Court decision.

He said that since we are producing less directly or indirectly workers are getting affected; they are not earning to their full capacity.

Approximately 8 lakh people, 3 lakh directly and 5 lakh indirectly are connected with firework industry who is suffering with decline in production, he added.

Speaking with KNN India, Federation of Tamil Nadu Firework Traders, General Secretary, N.Elangovan said ‘We are waiting for the judgment of supreme court whether they regularize the production and usage of fireworks  or not.”

Hoping that decision will come in their favour as this industry is labor oriented, he said “We are using only government authorized chemicals in our firework industry.”

Also we have license from Petroleum and Explosives Safety Organization (PESO) and manufacturing fireworks as per the norms of the government, he added.

In a bid to tackle air pollution, the government of India had banned the sale of crackers in 2017 owing to which firework industry is facing demand crisis.

Also, many people have stopped the use of crackers during Diwali and Dussehra seeing the alarming level of pollution in the country.