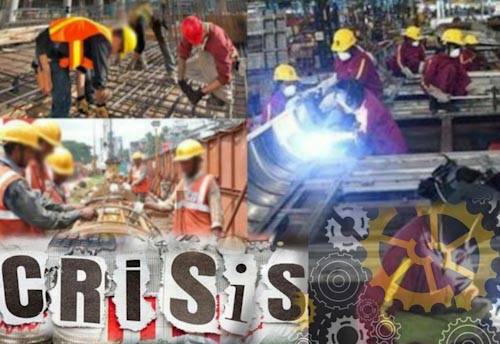 New Delhi, Apr 17 (KNN) A series of measures announced by RBI Governor Shaktikanta Das today to prop-up economy hit by CVOVID-19 seem to have failed to enthuse one the major target beneficiaries: the micro and small and medium enterprises (MSMEs).

"RBI has rightly identified lack of liquidity as a number one problem but chosen to adopt a very conservative approach to address the ailment which is not commensurate to the crisis like situation the MSME face", says Dr. Animesh Saxena, President of Federation of Indian Micro and Small & Medium Enterprises (FISME).

RBI has reduced the reverse repo rate- the rate on which Banks deposit funds with RBI, by 25 basis points to 3.75 % with an aim to create incentive for banks to take out funds from RBI and invest in the economy.

RBI has also created special financing window of Rs. 50,000 crore for NABARD, SIDBI and NHB. Funds earmarked for SIDBI are Rs. 15,000 crore to be lent to MSMEs.

"MSMEs are deeply disappointed by the fate of announcements of RBI on 27th March which allowed banks to sanction emergency funds.  Most banks dithered sanctioning loans, put onerous conditions and charges and a few closed the scheme before even starting", Dr. Saxena quipped.

FISME alleges that RBI has neither relaxed NPA norms nor advised banks on liberal lending approach rather asked banks for 10% additional provisioning for 'standstill counts' seeking emergency funds. Additional provisions translate into higher interest cost. It is also seen as guidance to banks to be more conservative.

On allocation of Rs. 15000 crore to SIDBI, lack of details of instrument and target group dampened the spirits of MSMEs.

According to FISME official, "if the allocation is to be really effective than it should be mandated to be exclusively used for working capital requirements of MSMEs and lend at extremely attractive rates".  (KNN Bureau)