GeM Platform witnesses 42% of transactions with MSMEs registered on platform in 2018-19: Min of Comm 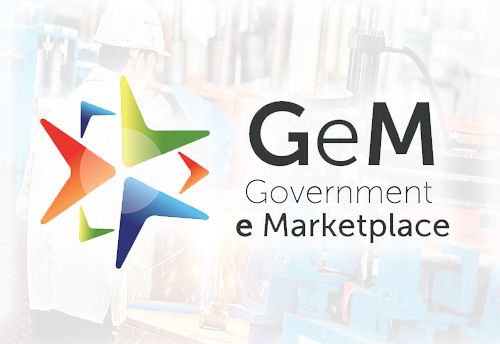 GeM Platform witnesses 42% of transactions with MSMEs registered on platform in 2018-19: Min of Comm

According to the Ministry of Commerce and Industry release, GeM which offers end to end solution for all procurement needs of Central and State government departments and PSUs has closed the FY 2018-19 on a high note.

The year witnessed a four-fold increase in total value of transactions on the portal and doubling of number of sellers in the marketplace. There has also been an overall growth in other dimensions like number of categories, products and buyers.

Despite such phenomenal growth in transactions, average rejection rate of supplies remained below one percent, which is proof of high quality of products/services offered on the portal.

Over 8.8 lakh products are made available on its platform through a network of over 2 lakh sellers and service providers. These products and services are being bought by over 34,000 government organizations (Central, State Governments and PSUs) registered on the platform, the release added.

It said “Buyers from across 36 States and Union Territories (UTs) are buying on the platform and around 24 States and UTs have signed a formal MoU with GeM to adopt it as the core procurement portal in their respective territories.”

During the year, many MoUs were signed with MSME Ministry, Common Service Centers (CSC) and industrial associations (CII, FICCI, AIMA, MAIT, FICCI, PHD Chamber of Commerce & Industry, IIA and ASSOCHAM for facilitating training, capacity building and on boarding of manufactures and vendors across the country.

During the year, GeM was awarded Digital India Platinum Award for ‘Exemplary Online Service’ by the Ministry of Electronics & IT (MeitY). GeM had taken up some special initiatives to spread awareness, train prospective users and promote inclusiveness in the marketplace, the release added.

As a part of inclusive agenda, another special initiative was launched to enable Women Entrepreneurs and Women led Self Help Groups to showcase and sell their products on GeM. The initiative is aptly named as ‘Womaniya’.

Another program like SWAYATT- an initiative to promote Start-ups, Women and Youth Advantage Through e-Transactions, was launched in February 2019. In association with Start -up India, GeM Start-up Runway has been initiated to facilitate Start-ups in selling innovative products and services to government buyers.

Since its inception on August 9, 2016, GeM has transformed public procurement in the country by leveraging technology and making procurement contactless, paperless, and cashless.