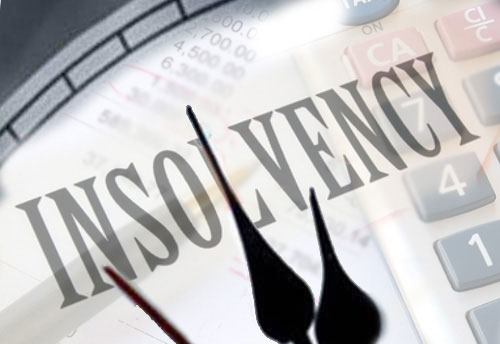 New Delhi, Apr 6 (KNN) The government has introduced an ordinance for a pre-packaged insolvency resolution process for pandemic-hit micro, small and medium enterprises (MSMEs), which will be completed within 120 days.

According to an ordinance, dated April 4, government amended the Insolvency and Bankruptcy Code 2016 to allow the Central Government to notify such pre-packaged process for defaults up to Rupees One crores. Notably, the Centre had suspended the initiation of fresh insolvency process on March 24 last year in the wake of the COVID-19 pandemic. This suspension, which was extended from time to time, ended on March 24 this year.

“Micro, small and medium enterprises are critical for India’s economy as they contribute significantly to its gross domestic product and provide employment to a sizable population. It is considered necessary to urgently address the specific requirements of micro, small and medium enterprises relating to the resolution of their insolvency, due to the unique nature of their businesses and simpler corporate structures,” the government ordinance said.

The pre-pack will act as an efficient alternative insolvency resolution process for corporate persons classified as micro, small and medium enterprises under the Insolvency and Bankruptcy Code and ensure quicker, cost-effective and value maximising outcomes for all the stakeholders, in a manner which is least disruptive to the continuity of their businesses and which preserves jobs, the ordinance added.

''In order to achieve these objectives, it is considered expedient to introduce a pre-packaged insolvency resolution process for corporate persons classified as micro, small and medium enterprises,'' it added.

Meanwhile, Federation of Indian Micro and Small & Medium Enterprises (FISME) has welcomed the ordinance issued by the Government and said its paving way for a pre-packaged insolvency resolution process for micro, small and medium enterprises (MSMEs).

''The pre-packed insolvency deal enabled by the ordinance would help cut down both the time and the cost of restructuring the stressed assets of corporate MSMEs,'' said Anil Bhardwaj, Secretary-General, FISME.

He further added that the Insolvency and Bankruptcy Board of India had organized a stakeholder conference through FISME also on the prepack model last year and feedback from MSME associations was quite positive.

''Keeping in view that pandemic would have rendered a large number of MSMEs in a stressed situation, such a mechanism would be found quite handy by MSMEs,'' he added.