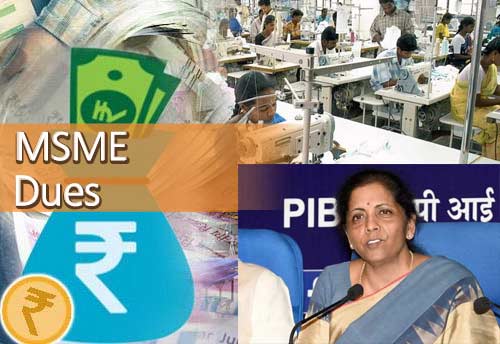 The minister said this during question hour in Parliament today while clarifying the government’s position on clearing dues owed to MSMEs by the Centre and it’s Public Sector Undertakings (PSUs).

“So as far as the central government, we have taken this position that any pending payment will have to be given within 45 days and I am personally monitoring it,” she added.

Sitharaman also termed government dues to MSMEs a very critical issue and said that the matter was also discussed with MSME Minister Nitin Gadkari who spoke to me about it with great concern.

''The issue has been reviewed over the past year (2020) from the point of view of the central government and the various departments which owe money to the MSMEs, inclusive of public sector undertakings (PSUs) and it has been decided that payments will be made within 45 days – as per the standard,'' she added.

The minister also said that the Centre is actively encouraging MSMEs to use the Trade Receivables Discounting System (TReDS) platform from which these payments can be discounted.

Sitharaman also clarified that dues to MSMEs include payments from the state governments and state-owned PSUs and those in regards to the goods and services tax (GST).