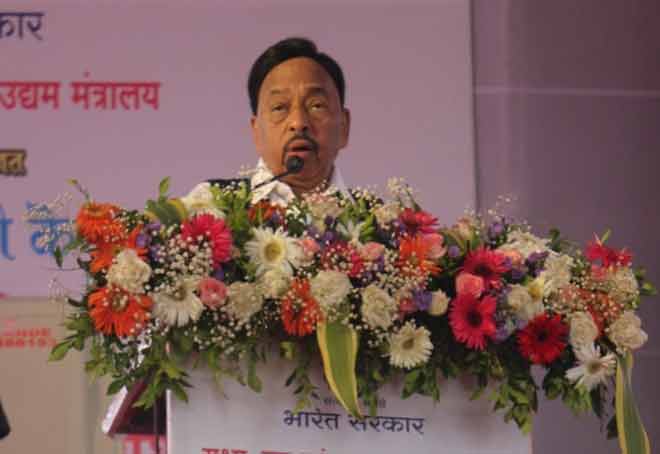 Mumbai, Oct 3 (KNN) There is no alternative to industrialization to achieve the goal of self-sufficient India which was a dream of Mahatma Gandhi, said Union Minister for MSME Narayan Rane on Sunday.

Addressing the inauguration function of Sevagram Industrial Area Festival on the occasion of Mahatma Gandhi's birth anniversary, he highlighted the importance of self-sufficient India.

The festival was organized by Mahatma Gandhi Institute of Rural Industrialization in Wardha district of Maharashtra.

The Union minister said that it was from this Sevagram Ashram of Wardha that Mahatma Gandhi had appealed all to go back to the village, by which he meant the complete development of villages. Sevagram Industrial Zone is created to generate employment through agriculture and village industry.

He informed that the MSME Ministry has formed a committee to modernize this industrial sector and this sector will be modernized in the next 2.5 years.

He said that it is necessary to convince the world about the importance of khadi and a large industrial sector can be created for the same.

Accordingly, more efforts are needed to give a new identity to Sevagram Ashram and Wardha district as a tourist center and the Union government is committed to this, said the minister.

Stating that many large-scale development works are going on in various places in the country, he said that the citizens should come forward and take advantage of this development.  (KNN Bureau)