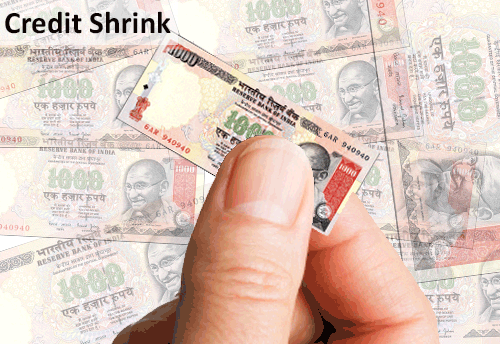 New Delhi, Aug 3 (KNN) While both the Government and the RBI keep on mentioning the micro, small and medium enterprises (MSMEs) as the growth engine of ‘Make in India’ and the real game changer of the Indian economy, the sector continue to languish  due to the myopic credit policy of both.

The draconic compulsory third party credit rating system as well as the ‘Special Mention Account’ (SMA) guidelines of RBI is coming handy to Banks in constricting credit off-take by MSMEs.

And the reasons are not far to find. In the zeal of controlling bad debts, Banks have found MSMEs as easy targets to tighten the screw. They have started asking for additional collateral for the existing credit limits and stop any transaction on an MSME account if it defaults for 2 months.

The issue of waiving third party rating for MSME accounts are being continuously raised by the MSME fraternity. It has been proven that the rating agencies neither have competencies nor the willingness for realistic rating of MSMEs and they are adopting software based approach to generate reports which are neither factual nor making Banks wiser.

While the issue have attracted an empathetic view from the Ministry of MSME, where the current opinion is to exempt MSMEs, as priority sector, from third party rating, RBI and Ministry of Finance have opted for a stoic silence.

Even repeated tweets to Prime Minister’s Office have not resulted to any action, so far.

In fact, the credit release to MSMEs is showing a secular drop since last year and the release has dropped every quarter, according to RBI data. The situation is more pathetic for the ‘Medium’ sector; the enterprises really enable to take Indian products to global value chains, where the credit off-take has dropped by more than 5% within three months, between March and June 2016.

Commenting on the situation, an expert on MSME finance  mentioned that the Bank Loan Rating system of RBI under which MSME accounts  are to be compulsorily assessed by third party rating agencies, have put the MSMEs in a vicious circle of lesser credit availability and higher interest rates to higher manufacturing costs to lesser profitability to further downgrading of account.

“If this not a sure shot for increasing sickness in the sector, what else?” he quipped.

While non – performance in  MSMEs continue to increase and credit off-take by the sector continue to decrease, RBI remains firm on its guidelines on Bank Loan Rating – as they say – Sometimes Consistency is Dysfunctional! (KNN/ DB)