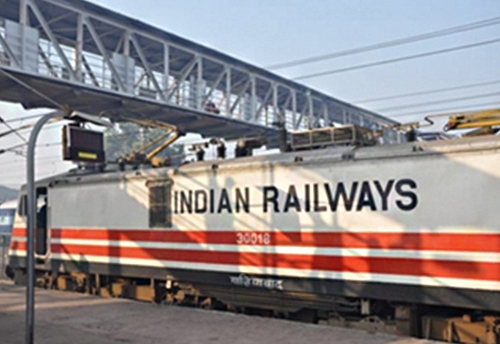 New Delhi, May 12 (KNN) Despite the government’s clear instruction to follow the mandatory 20% procurement policy from the Micro, Small and Medium Enterprises (MSMEs), some of the big departments like Railways are allegedly flouting the norms ignoring repeated requests made by the small entrepreneurs to include them in the tenders for which they are fully entitled and qualified.

Chopra pointed that recently, East Coastal Railway-Bhuvneshwar through tender notice no CE/Con/II/BBS/T/32/2016, Dtd: 18-03- 2016 (Annexure-4) issued a tender notice which was regarding ‘Service’ which is due for bidding in the current month (May,2016).

“We being an MSME entity and otherwise fully entitled and qualified for this tender requested for inclusion of provision of Public Procurement Policy relating to MSME sector supported with all relevant document vide our letter no 01 / Tender PMC Bhu/ 2016 dated 09-04- 2016,” he said.

While in the MSME policy exemption from payment of tender cost is available to MSME entities, thus at very first instance they (East Coastal railway) have cleverly made a threshold barrier to check and restrict the MSMEs entry in bidding for Consultancy services’, the entrepreneur pointed.

After strongly objecting to the flouting of norms and on further queries, the Railway officers got away by saying that “The policy is not applicable on them (MSMEs) and also that they have issued this tender based on Model Tender Document issued by Railway and there is no such provision in this Model Bidding Document for MSMEs”.

The policy was not implemented in true sense for ‘Service Sector’ so Railway Board issued a clarification vide notification dated 23rd Sept. 2013

Even after that there were doubts from different corners from among the railway departments/officials so Railway Board vide notification dated 17th Dec. 2014 (Annexure-3) issued a detailed analysis in name of FAQ on implementation of policy for ease of the railway officers. At sl no 16 of this FAQ it is clearly mentioned that the said policy is mandatory and at sl no 18 it is clarified that it covers ‘Manufacturer’ as well as ‘Service’ sector.

“The model Bidding Document was issued by Railway Board in 2010 vide No Railway Board No 2007 / CE-1 / CT/ 18 dated 5-7- 2010 and this MSME policy is issued on 5-7- 2012 i.e. much later that the said date of issue of the Model document,” Chopra said adding that this was basically fault of the Railway Board that when they issued instructions in 2012 for implementation of MSME policy they simultaneously should have issued instructions to amend the standard bidding document also to this extent to accommodate provision of this policy.

The entrepreneur said, “Model / Standard bidding document is not a ‘holy book’ so that it cannot be amended since it is being amended on sole discretion of the concerned authorities from time to time. But in this case they are not bulging out as this is not a piece of cake of their liking simply on the logic that MSME means a smaller entity so why go for a smaller fish when they have choice of selecting big whales from among the players list.”

Chopra even challenged the move supported with more documents and logical analysis but the concerned authorities, according to the entrepreneur, “simply dumped all our representations / request in the waste paper bucket” as when they issued the pre bid minutes of meeting on dated 28-04- 2016 .

He said that the queries regarding MSME raised vide letters were found absolutely ignored and missing from the points discussed in the meeting.

Much to the surprise of all, Chopra pointed that this is not the only tender in which the MSMEs have been ignored. There are other tenders from other states too in which the interests of MSMEs, despite being eligible, have been completely ignored.

The entrepreneur also made complaints through grievance redressal cell, to which the cell replied saying, “grievance is against Chief Administrative Officer/Construction, East Coast Railway, Bhubaneswar. We have written to him to take appropriate action under the Public Procurement Policy Order 2012.”

Since the last date of the tender is also nearing by, the MSMEs willing to bid for the tender are leaving no stone unturned to give them an equal opportunity under the policy.

From April 2015, all PSUs, central government ministries and departments have been directed to procure at least 20 per cent of products and services required by them from micro and small enterprises.

When the matter was taken up in the grievance redressal portal of the Ministry of MSME, which is supposed to monitor implementation of the MSME policy,  they replied casually as :

“Grievance is against Chief Administrative Officer/Construction, East Coast Railway, Bhubaneswar. We have written to him to take appropriate action under the Public Procurement Policy Order 2012. This office has from time to time written to the Railway Board for extending benefits of the PP Policy to micro and small units. Moreover, the benefits are extended to registered MSEs and not to traders”. (KNN Bureau)