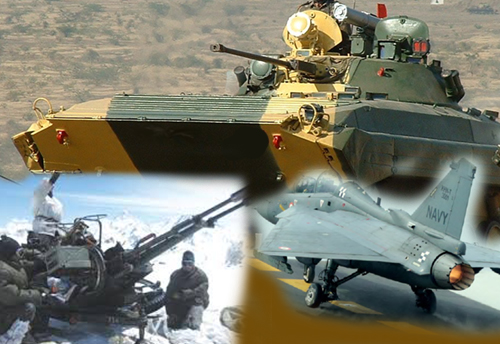 New Delhi, Apr 28 (KNN) Ministry of Defence has recently invited the apex body for MSME associations, FISME, to recommend MSMEs who can develop Defence Items not made in India so far.

To develop a collaborative effort of MSMEs in defence supplies Federation of Indian Micro and Small & Medium Enterprises (FISME) has announced launching of ‘MSME Defence Suppliers Group’ and has invited all MSMEs, already supplying to Defence or are  interested, to join  the Group.

FISME is the only MSME body invited to participate in the ‘Make in India’ mission of the Defence Ministry.

The diligence of FISME resulted in reservation of ‘Make’ projects upto Rs. 10 crore in defence procurements for MSMEs. The ‘Make’ projects are those, as mentioned in the recently announced Defence Procurement Procedure 2016, where Ministry of Defence will support Indian Industry in developing items not so far made in India.

Besides forwarding a series of position papers on the capabilities of Indian MSMEs in Defence Procurements, FISME, organised a ‘Brainstorming Session’, in Delhi, in June 2016, which was chaired by the Defence Minister himself.

In the Defence Procurement Policy 2016, there are  two categories of ‘Make’ projects; Make –I where 90% of the product development cost will be borne by the Defence Ministry and ‘Make – II’ category where the enterprise has to develop the product at own cost.

While in Make –I category projects with cost upto Rs. 10 crore has been  reserved for MSMEs, in the Make – II category under which comes the  equipment upgradation and sub – assemblies projects of lesser development costs, the reservation is upto Rs. 3 crore.

In both these categories is, once an enterprise is selected, Government will go for a long term contract for supply of the developed item(s).

While the Ministry of Defence has not mentioned which of the items mentioned in the list will be in ‘Make –I’ category, it may be presumed majority of the will be, where 90% of the development costs of the item will be borne by the Ministry. (KNN/ FISME)