Tatas, the Doyen of Indian Corporate sector, is also faltering in payment to MSMEs 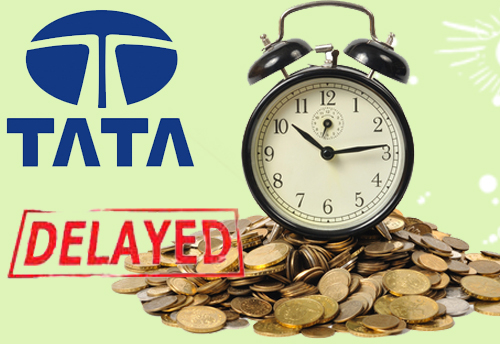 Tatas, the Doyen of Indian Corporate sector, is also faltering in payment to MSMEs

New Delhi, July 19 (KNN) The house of Tatas, the epitome of Corporate Governance and transparency in India, turns a blind eye when payment to micro and small enterprises are due.

Only one Company of the Group, the Tata Projects, which had a consolidated turnover of nearly Rs 4300 crore, holds the payment of more than Rs. 21 crore to the MSME suppliers.

While the amount may be termed as ‘measly’ when compared to the total turnover of the Company, this may be the ‘life and death’ issue for quite a few MSMEs.

And this may be only tip of the iceberg. If the policy of the  ‘house’  is put lesser priority to MSMEs in payment of overdue bills, the situation may be same or worse in other Companies of the Tatas.

And as the saying goes, it is not the ‘end of the picture’. Along with flouting their responsibilities for timely payment to MSMEs as per the Act, Tata Power is also holding interest of Rs. 2.61 crore due to the MSMEs for the delayed payment as per the MSME Development Act, 2006.

As per the MSME Development Act, 2006, for delayed payment beyond 45 days, the buyer has to pay interest to the MSME supplier at three times the Bank rate and also clearly mention in their annual accounts,  separately, the interest due, paid  and remained unpaid, to the MSME suppliers whose payment is delayed.

In their compliance statement, the Tata Company has mentioned that in the future year also the same amount of interest will remain due to the MSME suppliers.

This may indicate that the Company has no intention to pay the overdue amount to the MSME suppliers in near future.

Such is the policy of a group belonging to the Corporate house with highest esteem in India, for doing business with the MSMEs which are often referred as the engine for inclusive growth of Indian economy.

While as per Reserve Bank of India directives, Banks should put under special watch all MSME accounts with payment default of more than 30 days, a Company of Tatas are holding payment to MSME suppliers for more than 45 days.

And what is more important, as Tata Projects themselves have declared, they have no intention to pay the over dues in near future, as their penal interest to the MSMEs on the over dues will continue to be carried in the Books.

If the declared intention of Groups like Tatas on timely payment to MSMEs is such, one can well imagine the approach of other large houses.

Do we need to research further on why sickness becoming so widespread in the MSME sector?