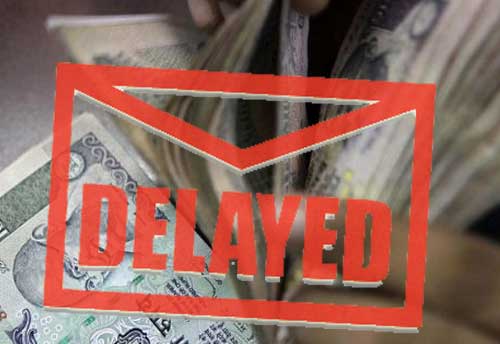 New Delhi, June 13 (KNN) While the delayed payment cases pile up in Uttar Pradesh- home to largest number of MSMEs, its Facilitation Council has the dubious distinction of being the one of the least productive one in the country.

Facilitation Councils have been set up in all the states under union MSME Development  Act 2006 to address the  problem caused by delays in payments due to Micro and Small Enterprises (MSEs) by their large buyers as well as Government agencies and PSUs.

In UP also the Facilitation Council has been set up by the State government, is housed in Department of Industries and its meetings are Chaired by the Commissioner Industries. The multi-member Councils are quasi-judicial bodies and their verdict could only be challenged in higher courts. The councils are supposed to dispose off the cases within 90 days of filing.

They have proved effective in bringing relief to large number of MSMEs in many states where meetings are held every month. However, for more than 6 months U.P MSE facilitation Council did not hold any meeting even though more than 200 cases are piled for disposal most of them pending for an year.

“It is height of insincerity that since March 2015,  five times in a row the meeting date was fixed, the aggrieved entrepreneurs reached Kanpur from far flung areas of the large state and then the meeting was cancelled without citing any reason at the last minute”, allege the largest industry body of the state Indian Industries Association.

“MSE Entrepreneurs were called to appear before the Council for pleading their cases on 8th March, 27th April, 28thApril, 18th may and 8th June and every time the meeting was cancelled at the eleventh hour”.

There surely is a huge communication gap between the political leadership of the state and the administration.

“While the state is spending  billions of rupees on advertisements and mega road shows to attract investments, but the apathy and insensitivity of administration towards existing entrepreneurs especially MSMEs is shocking” the IIA adds.

If the states like Tamil Nadu, Karnataka, Maharashtra and Gujarat are attracting huge investments it is because of the alignment between political leadership and the administration in these states towards pro-industrial policies.

Tamil Nadu, which has one third of population of UP and less than half of area,  set-up four Facilitation Councils to provide speedy redressal of grievances of the MSMEs in that state, but UP  has only one Council in Kanpur and that too is dysfunctional.

But functioning of Facilitation Councils is a symptom of malaise in the state that borders indifference to hostility towards entrepreneurs and industry.

Most existing entrepreneurs seem to have completely disillusioned with functioning of current administration. (KNN/AB)