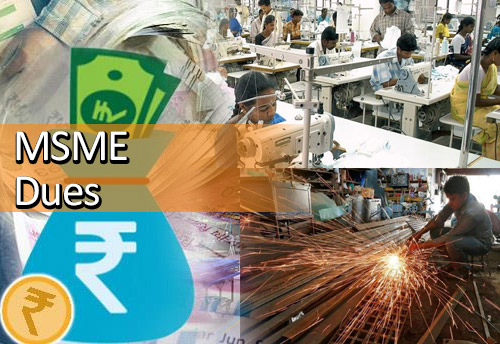 New Delhi, Sep 3 (KNN) Central ministries and Public Sector Undertakings (PSUs) have cleared payments to the tune of over Rs 6,800 crore owed to Micro, Small and Medium Enterprises in the last three months.

"More than Rs 6,800 crore have been paid by the Ministries and CPSEs in the last three months alone," the MSME ministry said in a statement on Wednesday.

''Almost three-fourths of the monthly dues have been paid during the same month by most of the ministries and CPSEs. The pending amounts are expected to be released in the normal course of business and within 45 days,'' the ministry added.

In May, the Union Finance Minister, as part of AtmaNirbhar Bharat package, had announced that government entities should make such payments within 45 days.

The Ministry of MSME said it followed up on this announcement vigorously and took up the matter with the central ministries, CPSEs and state governments.

''Particularly very active follow up has been done with the Heads of CPSEs,'' it added.

The Ministry further said that to make the reporting easy, regular and seamless, a dedicated online reporting format has been made for reporting the monthly payments and monthly pendency.

The MSME Development Act of 2006 provides that such dues should be paid within 45 days.

''Active follow up is being done with the state governments for payment and regular reports.  Similar online reporting system has been devised and put in place for the states’ reporting,'' it added.